DC has brought league into disrepute 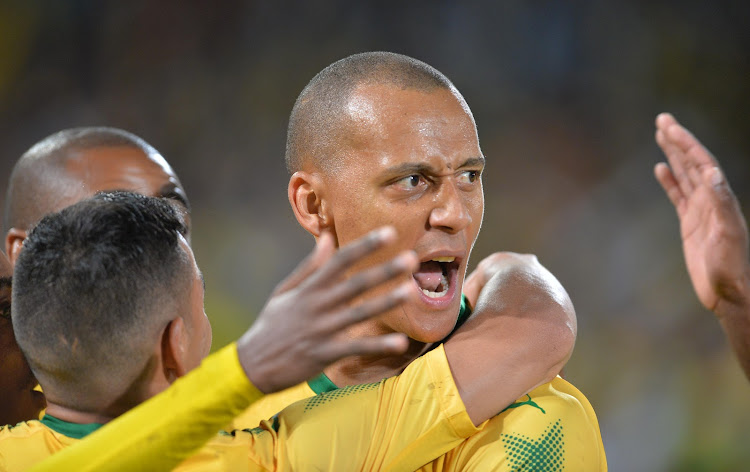 The Mamelodi Sundowns "violation" of the PSL rules is epic. A case shelved for more than five months by the PSL disciplinary committee (DC) suddenly bubbled over this week, leaving those set to lose big time seething with anger and frustration.

Downs' misdemeanor was fielding defender Wayne Arendse, a player not on the original team sheet in the team's 1-1 drawn Premiership match against Bidvest Wits in October.

Fielding a player not on the team sheet is in contravention of PSL regulations.

However, since the offence was committed in October, the Pretoria-based outfit was only called to a DC hearing four months after the alleged transgression, on February 6, postponed to February 25.

Downs argues match commissioner Mark Lindon advised them that Arendse, who came on from the stands, could replace the injured Thapelo Morena.

They also state Wits never objected to the substitution.

Mining magnate Patrice Motsepe's team also argues that their case is less serious because Arendse was not illegally registered.

This week, and a day after chatter-box Sundowns coach Pitso Mosimane complained about how the case was dragging on, it emerged all of a sudden that a verdict has finally been reached.

The PSL confirmed the club was found guilty of fielding an ineligible player and that a sentence is yet to be decided and announced.

The case is of significance in more ways than one - it could go a long way in determine who emerges league winners next month - with Sundowns, Wits, Orlando Pirates and Cape Town City being title chasers.

A day after Mamelodi Sundowns coach Pitso Mosimane complained about the delay in the Wayne Arendse eligibility issue, it has emerged that a verdict ...
Sport
3 years ago

Sundowns appear likely to lose a point from the matter, at worst three, with Wits gaining two.

Mosimane has every reason to be livid with how the matter has been handled by the DC, which in some quarters has been accused of pushing for the league to be won in the boardroom instead of on the field of play.

So where is the fair play?

Downs cannot be faulted for feeling hard done by and targeted for a deduction of points towards the end of the season because whether it is one or three points, it will affect their title chances.

With no sanction imposed, the matter has still not been urgently addressed by the DC and Mosimane has every right to smell a rat and cannot be faulted for believing there is a conspiracy against his team.

The whole saga points to ineptness, or rather a DC hellbent on doing favours for either Wits, Pirates or City to win the league in the board room by docking points from Sundowns at a crucial stage of the championship.

As things stand, we don't know whether one or three points will be deducted and when. It could be with only one match left before the league race is concluded. And that will be calamitous for Sundowns.

Instead of upping the ante, the DC has left followers of the beautiful game reeling with anger at how this case has been handled.

I mean, it does not take five months, or even a week, for the PSL DC to refer to its rules book to determine a guilty or not verdict, then come up with a sanction.

So what will jolt the current DC members to act properly? Or should their places be taken by people with grit, who will act appropriately? I rest my case.