Pressure is on Chiefs to progress 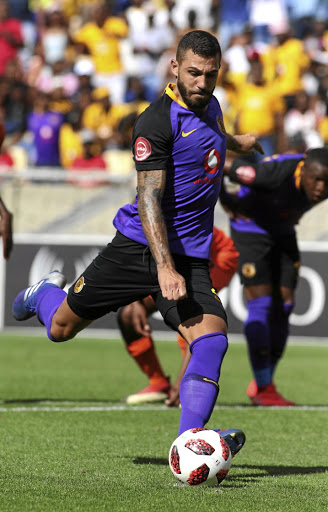 The pressure is on Kaizer Chiefs as they take on Cape Town City in the Nedbank Cup last eight at Mbombela Stadium this afternoon (3pm). Amakhosi are without silverware in four seasons, while the Citizens already have one trophy this season after winning the MTN8 in September.

Chiefs defender Daniel Cardoso acknowledged that it's high time the team brings in some silverware to Naturena.

"It's four years without a trophy and we need to stop that. It's been very tough on us and we owe it to our fans and the club [to win a trophy]," Cardoso said.

But as they say, talk is cheap and Cardoso would be the first to admit that they must show it on the field. "Of course everyone comes to Chiefs to win trophies, but at the moment I don't think anyone wants to come here because we are not winning anything," he admitted. "So I think once we can get that culture [of winning] back, people would want to come here. I came here to win trophies and it's unfortunate that I haven't win one yet," said Cardoso, who joined from Free State Stars in 2015.

Cape Town City, meanwhile, are also hungry for silverware, which makes this a difficult encounter. They have won the Telekom Knockout and MTN8 in recent years. Citizens captain Thamsanqa Mkhize has warned Chiefs that the Ke Yona competition is one they desperately need now. "Ever since I've been with Cape Town City, I don't remember playing a cup competition without facing a big team, so we have to be ready," Mkhize said.