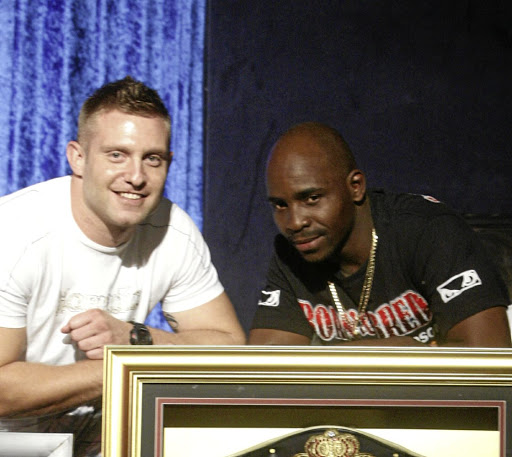 Vusi "Iron Tiger" Mtolo is one man made of sterner stuff. So tough he literally defied death after being stabbed just millimetres from his heart in Durban on June 12, 2000.

He says the incident ended his boxing career. Today, the 46-year-old Mtolo, from the mean streets of Clermont, Durban, works as an assistant trainer to accomplished mentor Colin "Nomakanjani" Nathan at his Hotbox Gym in Glenhazel, Johannesburg.

Sunday World spoke exclusively to Mtolo this week about his progress and he unapologetically referred to himself as the best boxing trainer in SA.

"I'm the best trainer in SA," he said straight up. "It's just that I'm not getting the credit I deserve for getting boxers in their best physical and mental shape."

That used to disturb him a lot, he confessed. Seemingly, Mtolo is in the same situation as Kenneth "Mr Jones" Mabunda, who helped the late Nick "Mthakathi" Durandt to produce all the champions he produced, but got no recognition for his donkey work over the years.

Probably that is the price of not having your own gym. To prove that Mabunda was the man behind Durandt's success, Mthalane still refers to Mabunda as the man who taught him boxing.

Mabunda, a former professional boxer trained by Durandt, assisted his former mentor for over two decades. He, too, never got any recognition, yet it was known in boxing circles that he was the tower of strength for Durandt.

Mabunda works with Micky Castellan, another former pro-boxer, in Balfour.

Mtolo has worked harmoniously with Nathan since 2002. He described Nathan as a good trainer in his own right.

"He reads a lot about the sport. Colin also studies opponents and he plans the way to beat them. I focus in training boxers, getting them fit," said Motolo.

"I teach them the finer details of boxing and I'm the one who gets boxers in shape for fights. What is key is that boxers must listen to us."

Mtolo said he has his own boxers whom he trains at the same gym. He mentioned Roarke Knapp and Thembani Hobyani.

"I am the main trainer for Boyd. Colin is also part of the team," said Mtolo, who guided France Ramabolu to winning both the WBA Pan Africa and the IBF Continental Africa junior middleweight titles in 2017.

Mtolo said he was the one who wooed Mthalane to Nathan's gym. Mthalane now holds the IBF flyweight belt.

"I train him. Colin is the manager," explained Mtolo. "Colin trains Hekkie Budler, Azinga, Ryno Liebenberg and Konkco. We work very well together. I live, eat, walk and sleep boxing, but I have never been nominated for BSA awards."