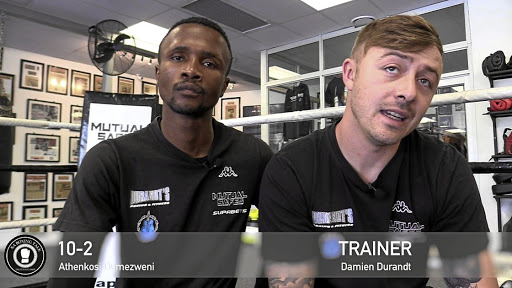 Damian Durandt, the son of the late accomplished and flamboyant trainer, Nick "Mthakathi" Durandt, is steadily living up to the promise he made to continue producing champions - just like his father.

Durandt produced 30 world champions, 27 international and 95 SA title holders. He was assisted by Kenny Mabunda before getting Damian, then 14 years old, to be registered as a seconder.

Damian, now 26, took over the reins in May 2017 and it took him 10 months to produce champions. Jackson "M3" Chauke and Emmany "The General" Kalombo who won WBF international flyweight and junior middleweight titles respectively, in one night at the Edenvale Community Centre.

In August, Durandt helped Athenkosi Dumezweni to win the SA junior bantamweight belt. To show that these victories were not a fluke, Durandt guided Ilunga "Junior" Makabu to victory for the WBC International cruiserweight title in September.

"We are getting there slowly," said Durandt. "Boxing is a passion I shared with my father for many years since I was a young boy and it is something that I am prepared to do for many years to come."

Dumezweni will oppose Jonas "Zorro" Sulton from the Philippines for the WBC Silver junior bantamweight title on April 28 at East London's Orient Theatre where Xaba Promotions and Events of Ayanda Matiti will stage his first tournament this year.

Damien Durandt is delivering on the promise he made last year after his father, Nick "Mthakathi" Durandt, died.
Sport
3 years ago

The winner between Dumezweni and Sulton will get a top 5 in the WBC rankings.

Sulton knocked Makazole Tete out in two rounds for the IBF Intercontinental title in East London and went on to beat John Riel Casimero.

Sulton has 15 wins in 19 fights. Dumezweni has 11 wins, eight knockouts and two losses.

"Dumezweni has to avenge Makazole's loss," said Durandt. "This fight will put us in the top 10 in the world."

"Dumezweni is a clever and sleek fighter who punches very hard. Obviously, being a southpaw makes it a lot more complicated for his opponents to deal with him," said Durandt in his parting shot.