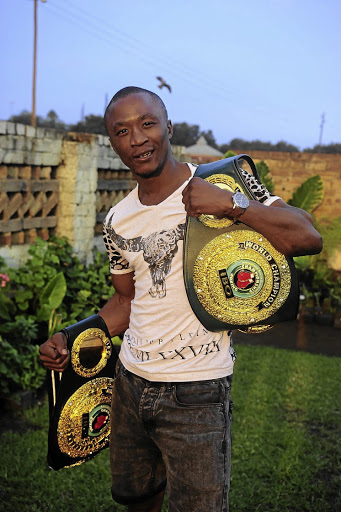 Edward Levine has not taken kindly to claims that his IBO sanctioning body is not legitimate and that the IBO belt is not a real world title, which means IBO champions must not be referred to as world champs.

Some promoters, managers, trainers and media say the WBA, WBC, IBF and the WBO are the only real world bodies.

Many people question the criteria the IBO uses to rank and nominate boxers for its titles. They say Levine's company is only interested in its sanctioning fees.

Speaking heartily to Sunday World this week, the 75-year-old former ring official said: "My goal from the beginning as president of the IBO was to bring something different to the table (objective ratings, transparency, integrity) and to give opportunities to fighters and promoters not necessarily in the mainstream.

"... But there was just no more room at the inn, too many sanctioning bodies already there and too many titles. Now, years later, we get to today's mess.... Interim titles were meant as temporary titles for a long-term injury to a champion, now it's just used as an additional world title along with regular, super, diamond, silver, in recess, etcetera. What's next?"

Levine - whose organisation's first champion in SA was Ramoni, who won the junior-featherweight title in 1998 - added: " It's been a difficult road for the IBO but there have been enough great fighters and their managers over the years and today who appreciate what we do and who we are, that keep us very relevant in the sport."