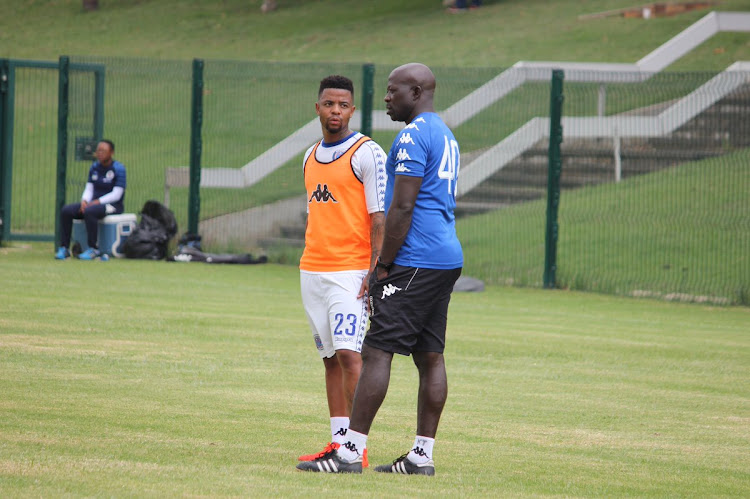 George Lebese is in line to make his anticipated debut for SuperSport United during their Absa Premiership clash against Lamontville Golden Arrows at Sugar Ray Xulu Stadium in Clermont this afternoon, 3.30pm.

SuperSport coach Kaitano Tembo has confirmed that Lebese, who joined United on a short-term loan from Tshwane rivals Mamelodi Sundowns on last month's transfer deadline day, will travel with his new teammates to Durban.

Tembo said Lebese, 30, who was frustrated at Sundowns due to limited game time, has trained well since he arrived at the club this week and is showing signs of hunger to revive his once-promising career.

"He will be in the squad to Durban and he is likely to get a chance in the closing stages of the match; he is likely to make his debut. He will probably get a run in the last 15 to 20 minutes and we will take it from there," said Tembo.

"He started training with us on Sunday and he has impressed me with his commitment, hunger and desire to play football again. When he arrived, we gave him a strict conditioning programme and he is working hard to reach full fitness. We are trying to get him ready as soon as possible to play because we only have 12 league games to go until the end of the season.

"I am hopeful that he will make an impact for us in the remaining matches because he has experience and he is a good player."

The other player who is tipped to play an important role for United in their remaining league matches is striker Mxolisi Macuphu, who has also arrived on loan until the end of the season from Bidvest Wits.

"He has played a few games this season and his situation is more mental than physical, and we are working very hard behind the scenes to make him ready.

"He also wants to play regularly and we brought him over from Wits to help us in our mission to move up the log standings, and I am also expecting good things from him."