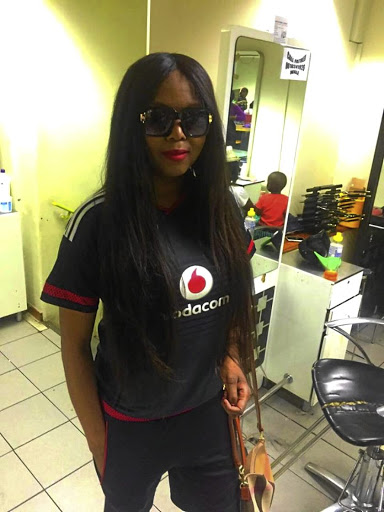 One of SA's most recognised and celebrated female soccer supporters, Mmasello "Diva" Thamaga, was laid to rest at her ancestral home of Sekhukhune in Limpopo yesterday.

Her mother Thandi told Sunday World that her 41-year-old daughter suffered from breast cancer and in the later stages of her illness was also diagnosed to have developed a brain tumor.

"She was diagnosed with breast cancer in 2016. She spent about a month at the Steve Biko Hospital in Pretoria before she was discharged. She had been going for her chemotherapy at the same hospital until her death.

"I want the whole country to know what killed her because she was a people's person and because cancer is real and a silent killer," she said.

Bafana Bafana have a coach‚ Stuart Baxter. What most people don’t know is that South African football’s “super-fans” – the No.1 club and national ...
Sport
3 years ago

Thamaga worked as an admin clerk at Netcare Femina Hospital which deals with female healthcare but stopped working at the end of 2016 when her health deteriorated.

Thamaga's mother said her daughter started following Pirates from a young age as her father was also the club's fan.

"She was crazy about soccer. She even played for a female soccer team when we were staying in Mpumalanga some years back.

"She really likes Manyisa and she was hurt when he moved to Sundowns. But what made me happy is when Manyisa's manager called us to send their condolences after learning of her passing," she said.

"Diva was so passionate about Pirates. Her love for the club was unexplainable. She became famous because of her flamboyance but remained down to earth .. She was such a queen. I am lost for words."

Thamaga, who stayed in Arcadia in Pretoria, was also a member of the EFF. The party's regional chairperson Moaferika Mabogwana said: "We are saddened by her death. She has been a member since 2014 and was one of the most courageous women in the branch."

Thamaga is survived by her daughter Oratile, 15, parents and two brothers.