Chippa Masinga has left us with tons of lessons 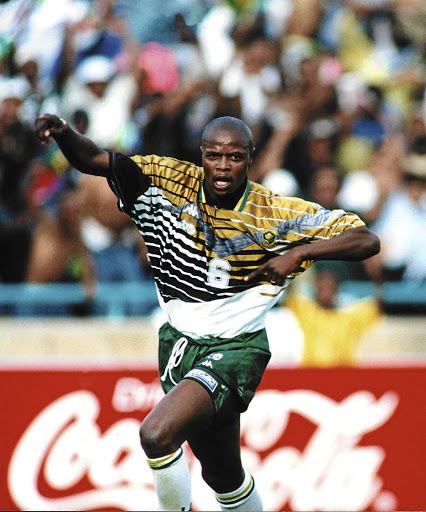 I first met the late Phil "Chippa" Masinga during school days when he was roped in to play for Jomo Cosmos by Jomo Sono. He had been recruited from Klerksdorp, his hometown.

Chippa was attending school at Orlando West high, better known as Matseke, and I was at Daliwonga in Dube.

I had recently joined Kaizer Chiefs.

Rivalry between the two schools was at a high and whenever the teams played against each other it was a battle of the professionals (soccer players from these schools who also played in the National Soccer League).

Initially, my close friend from Cosmos was Eric September before I met Phil. I used to hang around with Eric, then Phil because they stayed in Dube at a house organised by Bra J (Sono) for players from outside Joburg.

Growing up we we did everything related with football with a positive attitude.

Others who were friends with me and Phil were Harold "Jazzy Queen" Legodi, Rudolph Seale, Ntsie Maphike and the late Nick "Bazooka" Seshweni, among others.

When Phil left Cosmos to join Sundowns in the late 1980s, we always kept in touch.

We visited joints in Eersterus and Mamelodi. It was a long journey to Pretoria, but it was worth it to be with Phil and other buddies at Sundowns. Remember, we were still young and in process of finding ourselves.

When South Africa was readmitted to Fifa in 1992, Phil was part of the team chosen to play for the country under English coach Jeff Butler.

Then came our first international match in Durban, where we emerged victors against Cameroon. I scored the country's first goal.

With Lucas "Rhoo" Radebe and Phil, playing for Leeds in England, Bafana's fortunes changed for the better.

We were taught by guys like Phil who were plying their trade abroad that you "can't play a game without wearing a vest underneath".

Phil and the late Shoes Moshoeu told us that in Europe it was taboo. The practice was adopted by the national team and the local clubs.

Sundowns pledge to educate his kids
News
2 years ago

Phil was a leader of some sort; in the national team he was a member of the players' representative committee, in charge of taking our complaints and queries to the management of the national team.

When we assembled for the 1996 Nelson Mandela Challenge against Argentina at Ellis Park, I got to see and share Phil's experience and what he had learnt in Europe. On the field of play, Phil was a motivator; he believed in all of us. He expected us to perform.

He was a captain in his own right and would relay orders on how to go about playing for a win. He was not a loser.

He would come to me and say "let's talk about the game; do your own thing, I'll do mine". I would assist, he would score. I would look at his actions on the field because his physical expression did the talking.

That's how we got to understand each other, on and off the field. We knew how and when to play the ball. Our social set-up helped us get an understanding of each other on the field of play.

I remember the match against the Democratic Republic of Congo in Togo. I screamed at him to race to the posts. He hesitated, but in a blink of an eye he was there and scored.

There was a time when the legend was booed as a result in a slump in his form. Phil was on the verge of quitting after the 1996 Afcon. But it was the very same boy who scored the goal that sent us to the World Cup in France. It still gives me goose pumps when I watch that goal on YouTube.

It has not sunken in that he is no more. I'll cherish all the best moments I had with him.

A leader on and off the field of play

He made my stay at Cosmos comfortable.
Sport
2 years ago
Next Article