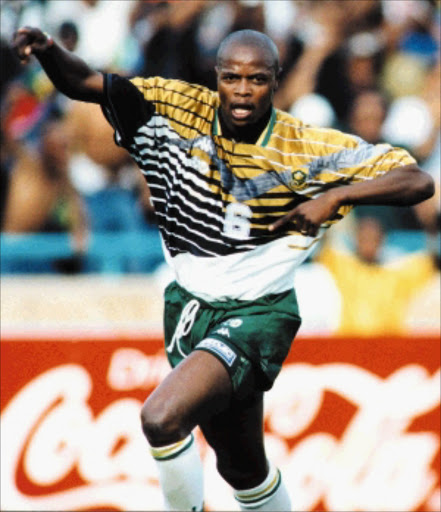 South African soccer legend Philemon Masinga will be laid to rest in a provincial official funeral in Klerksdorp in the North West on Thursday.

The SA Football Association (Safa) confirmed the funeral arrangements for former Bafana Bafana striker who passed away last Sunday after a long battle with cancer.

A memorial service will be held on Tuesday at the Khuma Stadium in his hometown of Stilfontein at 11.30am.

The 49-year-old Masinga was also an administrator of the SA Masters and Legends Football Association, serving as the vice-president of the association.

Masinga made his international debut in July 1992 against Cameroon, in a friendly match that was part of the celebrations to mark SA readmission to Fifa.

He became the first South African ever to be sent off in an international match, during the African Cup of Nations (Afcon) qualifier against Zambia in the same year.

Chippa, as he was popularly known for his football prowess, was a leading striker when Bafana won the historic Afcon in 1996.

He scored the all-important goal in the 1997 World Cup qualifier match against the Democratic Republic of Congo that took SA to the 1998 world football spectacle in France.

He scored 18 goals in 58 matches for Bafana.

Masinga leaves behind three children and a fiancée, Ntombi Nombewu, the woman he was engaged to after divorcing from his first wife.

The legendary footballer passed away at a Parktown private hospital last Sunday.

Former Bafana Bafana coach Stanley "Screamer" Tshabalala remembers Philemon “Chippa” Masinga “as a quiet boy” who did most of his talking on the ...
Sport
3 years ago
Next Article