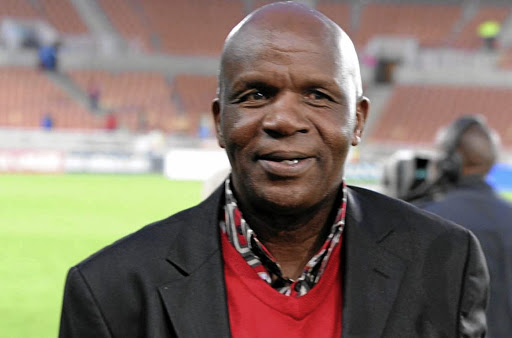 Black Leopards owner David Thidiela has been found guilty by the PSL disciplinary committee for his tirade at referee Victor Hlungwani during a Premiership defeat against Bloemfontein Celtic at Thohoyandou Stadium last year.

Sentencing has been reserved to a later date.

Thidiela threatened Hlungwani in September and made tribal references after Leopards lost the match and he was suspended by the PSL from their executive committee before the matter was referred to the league's prosecutor Nande Becker.

In an audio clip that did the rounds on social media, Thidiela was heard screaming at Hlungwani: "I allow a mistake to happen at the ground. A mistake can happen to anybody. But this - this is not a mistake.

"I'm giving you the last warning. You come here [to Thohoyandou] at your own risk."

Thidiela was criticised by the fans, the SA Football Association and sports minister Tokozile Xasa for his outbursts.

Top referee Victor Hlungwani has been put on ice over the last month since the controversy-laden game between Black Leopards and Bloemfontein Celtic ...
Sport
3 years ago

"As the ministry of sport, we can't allow what is meant to unite us as a nation to divide us," Xasa said at the time.

"Let us use sport to build social cohesion, not to divide [people] along tribal lines."