Thabo Senong pleased with his squad 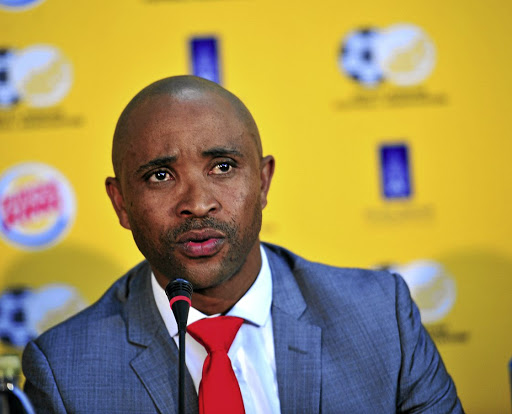 Amajita coach Thabo Senong has had his struggles having his sizeable European-based contingent arrive for a pre-Africa Under-20 Cup of Nations (Afcon) camp, but the amount of players he has available from overseas still pleases him.

Senong was expecting English Premier League club Leicester City's 19-year-old forward Khanya Leshabela to arrive in the camp, which serves as preparation for next month's Under-20 Afcon in Niger, after honouring an Under-23 fixture for his club. He admitted he had struggled with communication from the clubs of Lyle Foster (Monaco), Tashreeq Matthews (Borussia Dortmund), Buhle Damane (Vitoria Setubal), Bradley Cross (Schalke 04), Kobamelo Kodisang (AD Sanjoanense) and Sphephelo Sithole (Belenenses).

Senong, though, admitted that such a high number of young players based in Europe - only one of them in a lower league - Kodisang in the Portuguese third-tier - was unusual and highly promising for an SA Under-20 team.

"I think the past three years has been a good transition phase for South African football," the Amajita coach said. "Honestly, clubs have exported a lot of players. That augurs well for our football.

"So the Under-20s and Under-23s will always be in a good space. Because overseas football offers opportunities where players get to play Uefa Champions League at youth level [Uefa Youth League] and friendlies in other countries because Europe is such a centralised area.

SA are in Group A of the Under-20 Afcon - which runs from February 2 to 17 - along with Nigeria, Burundi and hosts Niger.