Noko Matlou keen to bow out on high 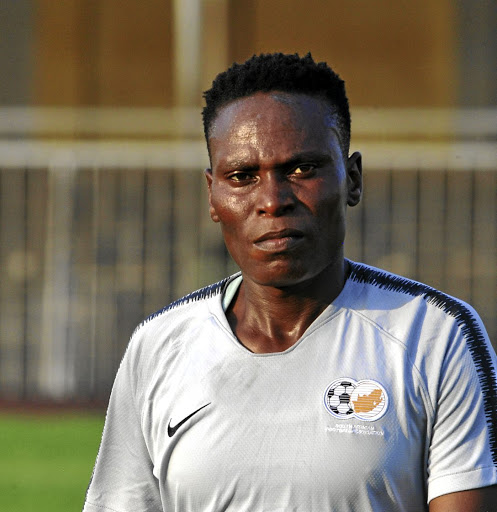 Banyana Banyana's seasoned campaigner Noko Matlou has set her sights on amassing 150 caps and playing in the Fifa World Cup before retiring.

Matlou is currently the second most capped Banyana player with 147 games under her belt. She's a few caps behind skipper Janine van Wyk, who has notched up 155 caps. Banyana will make their World Cup debut in France next year after finishing as runners-up in the Africa Women's Cup of Nations in Ghana early this month.

"Playing in the World Cup is the only missing achievement. At the moment I am targeting three more caps so that I will have 150. Maybe after that I can think about retirement because there are a lot of good players coming up. It's been a great journey," said Matlou, the only SA footballer to have won the CAF Women's Player of the Year award, in 2008.

Matlou, 33, from Moletji in Limpopo, has also vowed not to rest on her laurels, knowing that the competition to make it into the final World Cup squad will intensify next year.

"Yes, I am one of the most experienced players but that does not mean I must relax. Hard work never stops. SA is blessed with many upcoming youngsters, so it'll be difficult when the coach [Desiree Ellis] selects the final team next year," explained the Banyana workhorse.

Ellis converted Matlou from her striker position into a defender and the MaIndies utility player is enjoying her new role.

Noko Matlou, 33, has registered her confidence that the national team can progress past group stages in the Fifa World Cup.
Sport
3 years ago
Next Article