SABC denies that it snubbed Safa 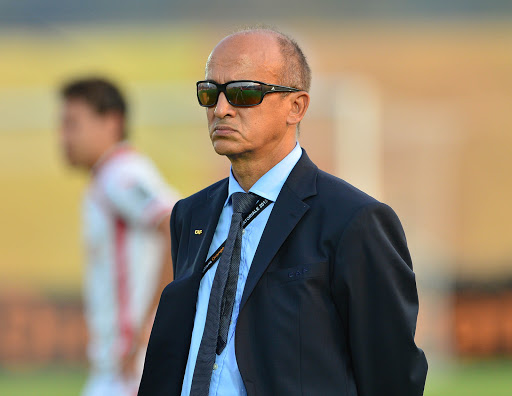 The SABC is adamant that it did not purposefully snub a Safa press conference this week, despite suspicions aired by Safa that it did.

No SABC radio or television journalists attended the press conference on Wednesday - to announce a new office for global body Fifa at Safa House in Nasrec - while the other major television broadcasters, e.tv and SuperSport, were present.

The public broadcaster and Safa have been at loggerheads in a protracted and at times acrimonious negotiation to renew their annual broadcast contract for Bafana Bafana, Banyana Banyana and other national team matches.

Safa's acting CEO Russell Paul said he could only speculate on the reasons SABC journalists had not attended the midweek press briefing.

"Ja, it's obviously very difficult for me to call it a snub or anything like that," Paul said. "We did notice that there was nobody there from the SABC. They were invited and they were the only major broadcaster who were not there.

"We have [recently] spoken to the SABC about these things and they were very clear that there is no instruction to snub anything from Safa.

A SA Football Association (Safa) extraordinary meeting in Johannesburg on Saturday will have on its agenda several proposed amendments to the ...
Sport
3 years ago

"We obviously have to take their word for it but they would need to account as to why the journalists were not there."

However, a Safa source, who did not want to be named, said that the suspicion at the association was that SABC management had instructed a snub of the briefing.

"What upset a few of the Fifa guys was that almost all the broadcasters were there to cover this groundbreaking event. It's one of only two offices on the continent for Fifa," the source said.

"It looks like it was a directive from above, and this smacks of pettiness."

The SABC's communications department responded that the public broadcaster had not received an invitation to attend the press conference.

"The SABC did not receive a media alert or invitation to the media conference referred to in the inquiry," its statement read.

"As the country's public broadcaster the SABC takes events relating to sports of national interest seriously and we would therefore not intentionally or otherwise snub and/or ignore invitations to Safa's events.

Safa's communications manager Dominic Chimhavi said that the association's usual group e-mail inviting all journalists to their press conferences was sent out for the briefing last Monday.