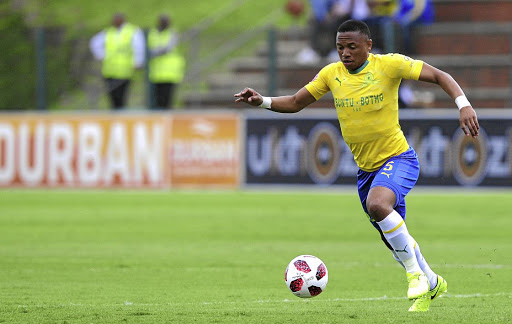 South Africa has had its fair share of football players whose soccer careers have been drowned by their excessive indulgence in alcohol.

Mamelodi Sundowns midfielder Andile Jali's running battles with his club and coach Pitso Mosimane over his drinking binges coupled with his not so rosy marital affair are a case in point.

There is little doubt South Africa has football talent in abundance but alcohol abuse among players has over the years become a stigma overshadowing their brilliance.

However, players during the NPSL era could manage their drinking, or was it due to the repressive apartheid laws that limited their drinking?

I remember some performed miracles with the ball while playing with hangovers. Although that in itself cannot be condoned.

Most worrisome is that today's players, regrettably so, are flushing their careers down the drain and many, unlike former Kaizer Chiefs midfield general Jabu Pule-Mahlangu, never recovered to reclaim their past glory.

Sticking out like a sore thumb in his illustrious but problematic career was Pule's dismissal by his Austrian club SV Mattersburg in 2005 after being involved in a second drunk driving incident.

Mbulelo Mabizela was alleged to have turned up drunk at training at Tottenham Hotspur in 2004. A good reason for the English club to fire him.

Be warned Jali, you still have the backing of your coach, so don't waste your talent because of alcohol abuse.

Besides the injury Jali was carrying at KV Oostende, the Belgian side decided to end his contract three months earlier, in March. Could Jali have pissed his lucrative overseas career away?

Last season Baroka parted ways with 2017 Fifa Puskas award runner-up Oscarine Masuluke and captain Olaleng Shaku amid allegations that the pair boozed it up on the team bus.

Most disturbing is the repeated offences the players commit, even after promising to change their boozing ways and turn over a new leaf in life after being exposed.

It's unfortunate that they will be remembered more for their wayward behaviour than their exploits on the field.

Jali, like Pule, is often talked about as being one of South Africa's most skilful and talented footballers.

It's been said even though they are football geniuses in their own right, they nevertheless need guidance. And it's about time football authorities do more to protect our talented youngsters from falling by the wayside.

We cannot allow such brilliant talent to go to waste.

It starts from a young age to instil discipline on how to handle fame and fortune.

The PSL, rightly so, pays lucrative salaries and that's the very reason players are content with staying in SA instead of going overseas.

There are mechanisms in place, like the joint Safa, PSL and the SA Football Players Union substance abuse education programme, run in conjunction with the SA Institute for Drug-Free Sport.

Unfortunately it seems the measures are a futile exercise.