Orlando Pirates get the last cheer 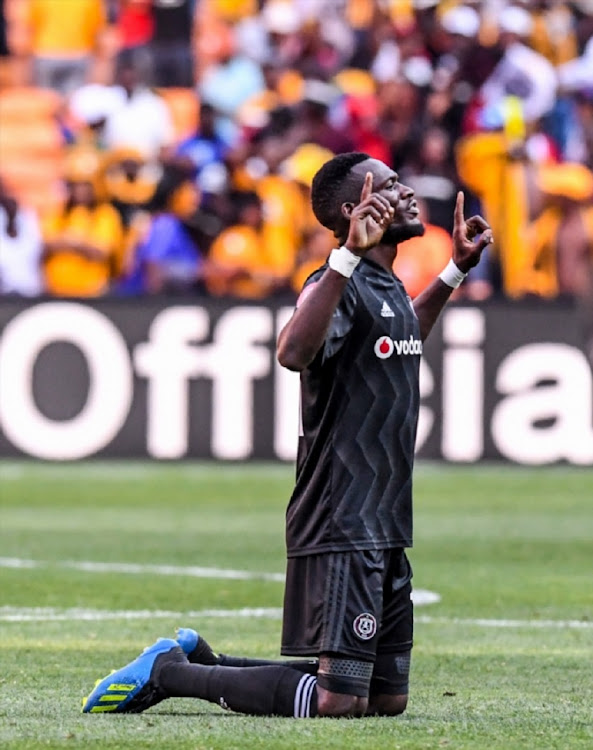 Kaizer Chiefs supporters came to FNB Stadium yesterday confident their team would win, but what happened on the field was a different story.

The Buccaneers came from behind to win 2-1 with goals from Innocent Maela and Vincent Pule, on his maiden Derby outing. Khama Billiat drew first blood early in the first half, but Pirates rallied to find their two goals, which were enough to seal victory. Billiat's opener was the perfect start for the Phefeni Glamour Boys after Mpontshane fumbled a cross just 15 minutes in and the ball came off the Zimbabwean.

More importantly, it was exactly what the club's 12th man was looking for, having been the most vocal before the start of the match. When the players came out to inspect the pitch and later on for warm up, there was no guessing who got the biggest cheer, with Chiefs supporters in their element. But after falling behind, Pirates' response was swift where it mattered most - on the field.

With Chiefs's defence in sixes and sevens, they were there for the taking. First, Chiefs had a lucky escape when Justin Shonga's spot kick was saved by Itumeleng Khune in the 26th minute. Shonga's countryman Augustine Mulenga had been brought down in the box by Siyabonga Ngezana.

Chiefs's celebration was cut short. It took Pirates just three minutes to get the equaliser through defender Maela in the 29th minute.

The Soweto Derby between Orlando Pirates and Kaizer Chiefs arrives at a sold-out FNB Stadium on Saturday with both teams showing good signs of form ...
Sport
3 years ago

With Chiefs now on the ropes, the Pirates party continued. Shonga combined brilliantly with Mulenga, whose final ball reached Pule and he did the rest with an easy tap-in.

The second half was more of a tactical battle, with Pirates looking to defend their lead and Chiefs fighting to get back into the game. Leonardo Castro let Chiefs down when he fired straight to Mpontshane just two minutes after the restart. Chiefs were then reduced to calling for substitutions. On the Chiefs bench, coach Giovanni Solinas responded by taking off Bernard Parker and introducing Hendrick Ekstein just after the hour mark.

Bucs mentor Micho Sredojevic's first substitution - midfielder Linda Mntambo for Justin Shonga, was a clear indication he was shutting the back door. After this, there was no way through for Chiefs.