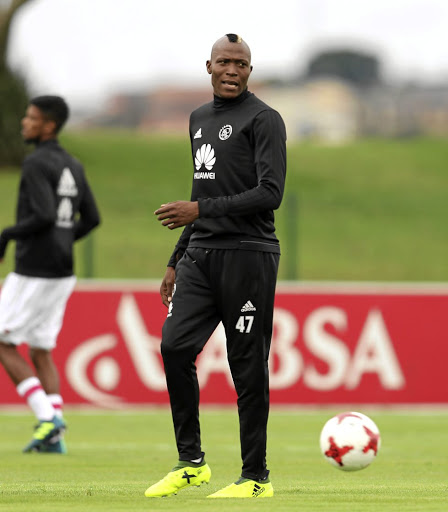 Despite impressing coach Owen da Gama on trial, Highlands Park could decide against signing ill-famed striker Tendai Ndoro because of his "incredible contract package demand", a source close to the negotiations has revealed.

Ndoro, 33, has been training with Highlands Park, aiming to revive his football career after a calamitous spell with Ajax Cape Town, where his ineligibility saga eventually saw the Urban Warriors lose their Premiership status last season.

"He's been at Highlands Park for almost three weeks now but no deal has been signed. Look, he wants a three-year contract and a big salary. Highlands Park want to sign him on a one-year deal. His incredible contract package demand is a problem. It could see the deal collapse," a source said.

"Da Gama hasn't been hiding his interest to sign Ndoro but now it's beyond his power because it all depends on the two parties to agree on financial terms. The coach is happy with what he's seeing on the field. If the deal goes through, it'll be because one party gave in and surrendered to what the other one wants."

Soccer star Tendai Ndoro has claimed that a fake marriage certificate is at the centre of his assault case.
Entertainment
2 years ago

Highlands director Sinki Mnisi conceded the Lions of the North, as Highlands Park are popularly known, were locked in negotiations with Ndoro's representatives, outlining the underlying dynamics of the player's contract.

"The decision has not been made. I know for a fact that there was an offer, an offer is not just a salary. It is a package - the number of years that the player wants to sign, the signing on fees, salary and bonuses or incentives. All those things come into the picture while you are negotiating," said Mnisi.

"When two parties are negotiating, it's difficult to say when the agreement will be reached. Firstly, the technical staff must be convinced about the player's ability to deliver, then management must be convinced in terms of the figures."

Ndoro's agent Dumi Nkiwani also confirmed that the negotiations were "ongoing", but refused to comment further on the cause of delay.

The PSL transfer window closed on Friday, but there are many players who are still clubless.
Sport
2 years ago
Next Article