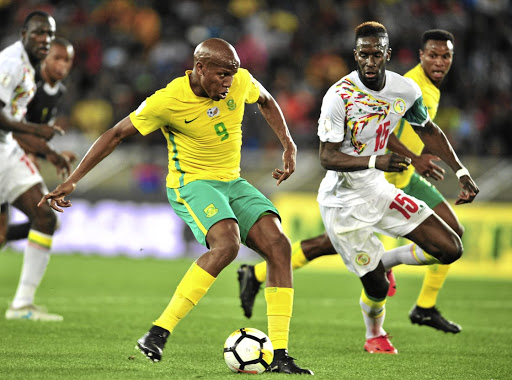 Lebogang Manyama's return to the Premier Soccer League (PSL) is imminent after he parted ways with Turkish side, Konyaspor.

Sunday World can confirm that the 2016/17 PSL Footballer of the Season already has his clearance. "They gave him the clearance [earlier this week]," confirmed the player's representative, Maimane Phiri.

Manyama, 27, had joined Konyaspor from Cape Town City last year in a deal believed to be R10-million.

But in 11 appearances for the European side he managed to score two goals and, since the end of the season, Turkish media had been speculating that he wasn't going to stay.

Rising star to earn R2.1m per month.
Sport
2 years ago

SuperSport United had already inquired about his availability, but were put off by his wage demands, confirmed club CEO Stanley Matthews.

Phiri said now that Manyama has his clearance, they were set for discussions tomorrow to map the way forward, but he insisted they would look at all options including overseas.

"We will decide on Monday what to do [next]. We are not sure if he'll be back in the PSL, I don't want to speculate.

Locally, Mamelodi Sundowns have been said to be eyeing the SA international.

Manyama was a hit with Cape Town City two seasons ago when he scored 13 goals in 29 league appearances.

Keeper wants to learn from his competitors.
Sport
2 years ago
Next Article