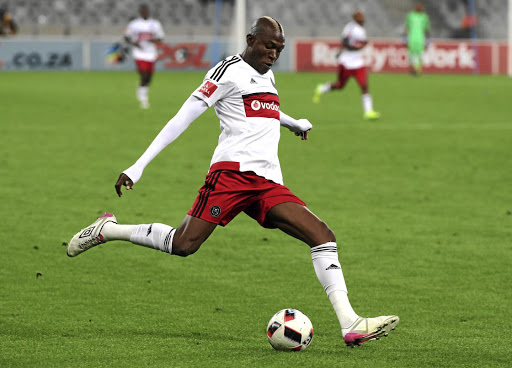 Tendai Ndoro is looking for a new club after Ajax released him. / Chris Ricco/BackpagePix

The player's representative Gary Cassisa has confirmed his client is being linked to Amakhosi but said they've not received any offers for Ndoro yet.

However, they hope that once Chiefs and SuperSport United have announced their coaches, there's a possibility that either of the clubs would snap up Ndoro.

"We have heard that Chiefs are interested in Tendai but at this stage there's no offer for him from them or any other club," Cassisa told Sunday World.

"We just have to wait and see until Chiefs and SuperSport United appoint coaches. Maybe then there'll be something concrete. We are in talks with three teams but there are no formal offers."

Ndoro is a free agent after parting ways with Ajax Cape Town last month. The Zimbabwean striker has been dominating headlines since joining Ajax from Saudi Arabian club Al-Faisaly last December. He's the focal point of the ongoing PSL chaos that has seen Ajax being restored to the 15th spot on the log after a court order while the league is challenging the ruling .

"He enjoyed his time at Ajax but with all this situation it was a mutual decision that he leaves the club. The environment was no longer good for him. He's training by himself, and he looks sharp," Cassisa said.

"Any team that finds him now, he's going to score them goals. Ndoro is a natural goal scorer. He's in good mental state as well."

Ajax have been treated unfairly, timing was even worse

It is very strange to see what Ajax Cape Town have gone through due to the Tendai Ndoro saga. The South African Football Association (Safa) and the ...
Sport
3 years ago
Next Article