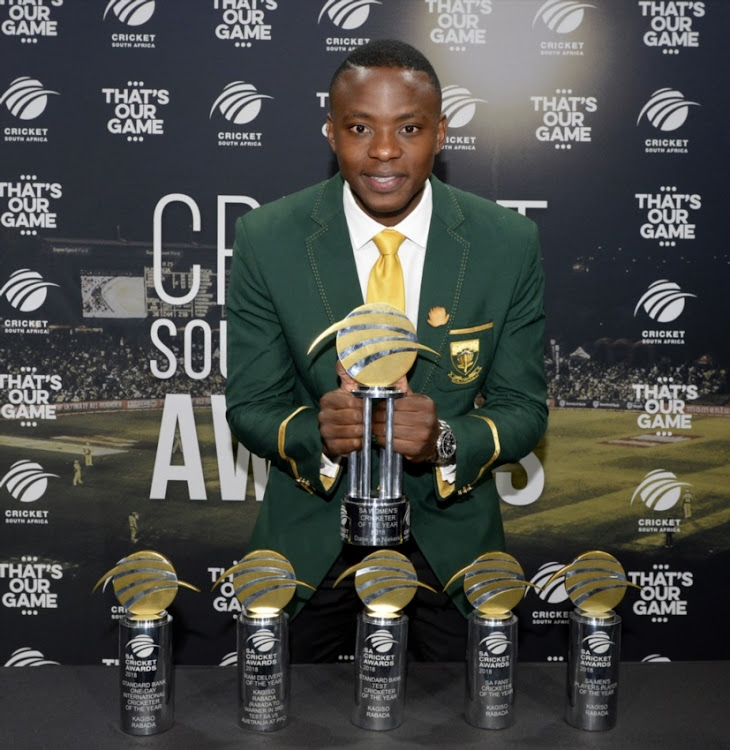 Proteas fast bowler Kagiso "KG" Rabada stole the show at the Cricket South Africa (CSA) awards in Sandton last night when he walked away with six gongs including cricketer and players' player of the year.

The 23-year-old Rabada also walked away with the Test, ODI, fans' player and RAM delivery of the year awards on a six-star evening where he replicated the feat he achieved in 2016 and remain the only SA cricketer to win more than five awards.

Rabada has joined the likes of Jacques Kallis, Makhaya Ntini, Hashim Amla and AB de Villiers who have won the cricketer of the year award twice.

Last season was phenomenal for Rabada as he climbed to the summit of the Test rankings and is currently the leading wicket-taker in the 2018 calendar year.

He is also ranked number seven in ODI cricket and was named in the ICC Test XI for the 2017 calendar year.

The nine South Africans in this year’s Indian Premier League (IPL) might have filled 83 player berths in the 13 games played until Monday.
Sport
4 years ago
Next Article