Locals upbeat over down run 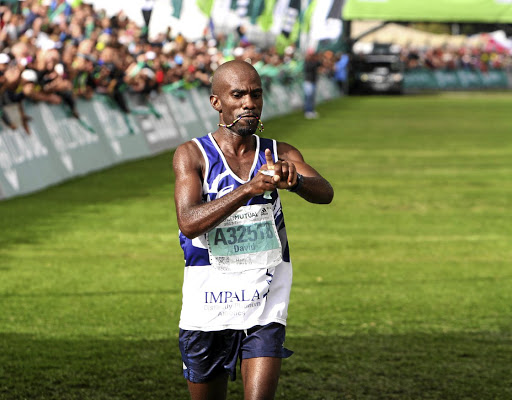 The love affair South African runners have with the Comrades Marathon "down-run" is well-documented.

Since policeman Andrew Kelehe arrested the foreign legion's dominance on the Pietermaritzburg to Durban route in 2001, local men have claimed six of the nine editions of the 90km down-run.

The likes of David Gatebe, the defending down run champion, and last year's up-run winner Bong'musa Mthembu have spearheaded Mzansi's juggernaut over the past few years.

The two men fancy their chances in next Sunday's race that ends at Moses Mabhida Stadium.

"I have been working extremely hard doing the long runs and speed work, there hasn't been any short cuts in my training. I am in good shape to try and defend my title," Gatebe told Sunday World.

The 36-year-old opted to train at his base in Rustenburg, away from the rest of his Entsika Athletics Club mates who are preparing in Dullstroom, Mpumalanga.

Gerda Steyn became only the third South African woman this century to win the Two Oceans Marathon.
Sport
3 years ago

Mthembu meanwhile requested that his coach, Xolani Mabhida, speak on his behalf, with the 34-year-old opting to do the talking with his feet on race day.

"We are ready physically and mentally. Our aim is to have a double and also a hat-trick," said Mabhida, in reference to the Arthur Ford Athletics Club runner's wins last year and in 2014.

"Bongz [Mthembu] has got speed and leg power, which is one thing that is needed in the down run. He has won a down run before and he knows what to do to win the race [on Sunday]," added the coach.

All the other favourites will be in Sunday's line-up and they are all former champions, the Nedbank Running Club duo of Ludwick Mamabolo (2012) and Claude Moshiywa (2013); as well as Gift Kelehe (2015) of Entsika Club.

Gerda Steyn and Charne Bosman will carry the nation's hope in the women's race.

Their chances were further boosted this week by the withdrawal of defending champion Camille Herron of the US.

The race starts at 5.30am outside the Pietermaritzburg City Hall and finishes 12 hours later at the Moses Mabhida Stadium in Durban.