Siyabonga Nomvethe has the heart to play on 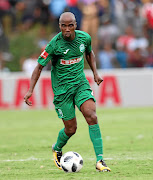 AmaZulu veteran striker Siyabonga Nomvethe has indicated he is not ready to hang up his boots, but by the look of things the club wants to offer the seasoned campaigner a coaching role, instead.

Nomvethe, 40, started his professional career with African Wanders. He went on to play for Kaizer Chiefs, Udinese, Salernitana and Empoli in Italy and Djurgarden in Sweden, with the latter three being on loan.

He returned to South Africa and joined Orlando Pirates in 2006 before moving back to Europe to play for AaB 68 in Denmark. He came back to the country and joined Moroka Swallows in 2009, and won the PSL player of the season. Two years ago he joined AmaZulu.

His contract with Usuthu expires next month and the two parties are currently negotiating a new deal, according to the club's general manager Lunga Sokhela.

A source close to the negotiations told Sunday World that AmaZulu want to force Nomvethe to retire by offering him a job in the technical team, but Sokhela has refuted that claim.

"We have not negotiated a coaching role with him. Next week we will announce what we have agreed on with Nomvethe, but we are not offering him a coaching job. We are negotiating different aspects," Sokhela said. "Obviously we have to strike a balance between the fact that he's 40 and at the same time he's still a valuable member of the squad."

When asked about his plans and ambitions for the future, Nomvethe did not beat about the bush, saying he still felt fresh.

He insisted the final whistle to his illustrious football career will only be blown by no one but himself.

"To me football is a gift," said Nomvethe. "No one told me to start playing football, likewise no one will tell me to stop.

"You saw last season that I still have it. You cannot tell that I am at this age because I work hard.

Nomvethe featured 21 times and scored twice for the KwaZulu-Natal-based side across all competitions in the just concluded season. He said the club will announce soon the outcome of negotiations.