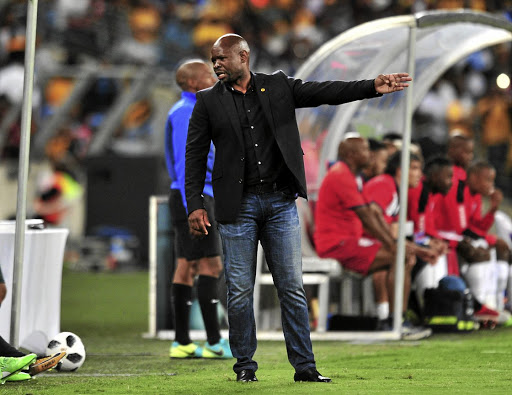 An armoured police vehicle had to spirit away Kaizer Chiefs coach Steve Komphela to safety last night after his side lost 2-0 to Free State Stars at Moses Mabhida Stadium.
Image: Samuel Shivambu/ BackpagePix

A police nyala was petrol bombed, overturned and destroyed in Mahikeng, North West, on Thursday as residents rioted demanding that premier Supra Mahumapelo step down.

A similar armoured vehicle rushed onto the well-manicured lawns of the Moses Mabhida Stadium last night to spirit away Kaizer Chiefs coach Steve Komphela to safety after his side lost 2-0 to Free State Stars.

These scenes preceded Komphela's resignation from Chiefs with immediate effect.

The Nedbank Cup semifinal duel was over as a contest 45 seconds after the kick-off.

Stars made two cross-passes from their right flank twice within the opening seconds, with the second square pass from Nyiko Mobbie finding new arrival from Congo Harris Tchilimbou, who headed home from close range.

And as the final score would have it, Stars coach Luc Eymael walked away with a smile while Komphela, a coach who would be remembered for his perfect command of the English language and superb superlatives, was left with a bleeding nose. 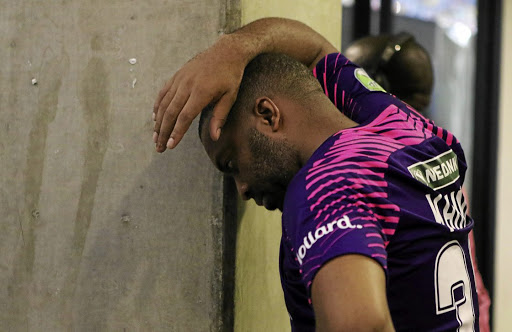 The second goal from Tchilimbou in the 34rd minute was welcomed by the people of Phuthaditjhaba in particular and Free State in general as it cemented their place in the final of South Africa's version of the FA Cup.

Chiefs hero for half of the season, goalkeeper Itumeleng Khune, unfortunately had a game of the season to forget as his teammates let him down, making him concede goals that looked like kindergarten material.

The result, which was the final nail in Komphela's coaching coffin at Naturena, means that the Glamour Boys will end the third season without silverware since the arrival of the former Bafana Bafana coach. 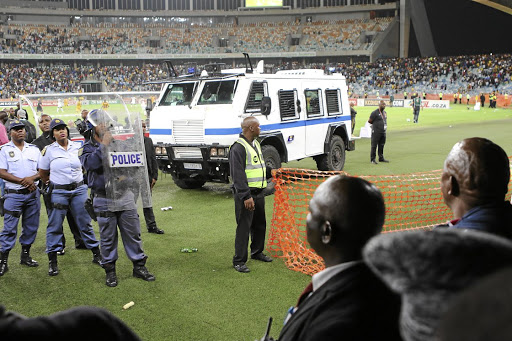 And as the game ended, players had to run for cover as missiles rained down on them.

Before then, they also lost the 1994 Bob Save Super Bowl cup to now defunct Vaal Professionals a few months after they won the Coca-Cola Cup against Hellenic of Cape Town.