Safa on the ball - Jordaan 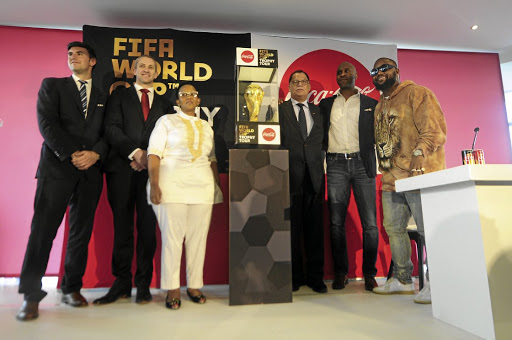 Safa president Danny Jordaan, who is is expected to retain his position during the Safa elections on March 24, is convinced that SA football is heading in the right direction.

He's not worried that he will go head-to-head with former PSL referee Ace Ncobo - he enjoys overwhelming support from the regions.

With Jordaan, 66, seemingly the favourite, he has highlighted some of the successes since he took over in 2013 and stressed the nation shouldn't look only at Bafana Bafana's failure to qualify. They needed to acknowledge the junior teams and women's football too.

"Our under-17 girls' team have qualified for the World Cup this year.

"The only issue has been Bafana's non-qualification.

"What we said is that we want sustained success of Bafana Bafana. Look, we qualified for the World Cup in 1998 and 2002 and never again did we qualify. So you have to ask, what are the things that we must do?

South Africans are asking: what's the point of bringing the Fifa World Cup trophy to the country when Bafana Bafana failed to qualify?
Sport
4 years ago

"You see their kind of players now, they are skilful. You look at [Raheem] Sterling and [Dele] Alli. They are not a typical English footballer who must just kick and run straight. They are now skilful," he said.

"So, we must have our own finishing school and so we invested over R100-million already at Fun Valley [in the south of Johannesburg]. We are going to invest another R100-million and already have two fields there. So we are going to unveil it, so that you can come and see what we have already done.

"We must have a national academy as a finishing school for our players," he said.

"The second thing we said is that we must have a high number of qualified coaches at junior level. Last year we trained 47000 coaches and prior to that, we used to train 390 coaches [a year] We need 100000 [qualified] coaches to have that ratio of 20 coaches to 1. Very important.

"We need nine provincial academies. We already have one in Durban at Hyde Park and from that academy, there are already eight players in Europe. So it means we have the talent," he said.