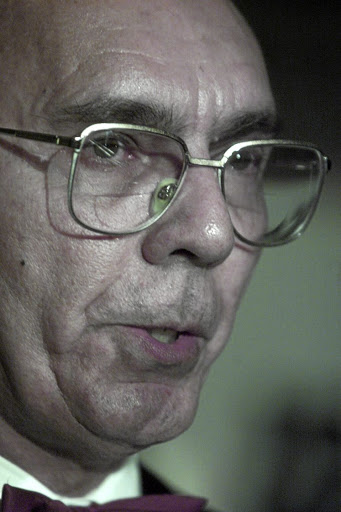 The loud voice of boxing has gone quiet. That is how best Joe Visagie described the passing on of former boxing writer and commentator extraordinaire Bert Blewett.

Visagie is a retired general manager of SABC TopSport and has worked with Blewett during the days of Blow by Blow, which was a popular TV boxing magazine. Blewett died on Thursday at the age of 84.

"Bert was a walking encyclopaedia and a legend in the boxing world. What a gentleman in the true meaning of the word," said Visagie, who also buried his mother this weekend.

"He was the most dedicated and humblest person I've ever had the privilege of working with."

Veteran boxing writer Ron Jackson, who had known Bert for 40 years, said Blewett developed an interest in boxing as a youngster although he never boxed himself.

With the entertainment industry awash with unexpected deaths‚ the boxing fraternity has also entered this ignominious occurrence after the passing of ...
Sport
4 years ago

"He also collected 8mm boxing films and was the South African representative for Ring Classics in New York. Bert reported and wrote incisive articles for the Sunday Tribune newspaper and was never scared to express his opinions."

Blewett, who was born in Durban on October 2 1933, later became the editor of the Knockout, Boxing Beat and Ringside magazines before serving as editor of South African Boxing World, which later changed its name to Boxing World, from September 1977 to August 2004.

Blewett received numerous awards for his contribution to boxing.

He also published an authoratative book called The A-Z of Boxing in 1996. Funeral details are yet to be announced.

Thunder in line for two belts

SA middleweight champion Mapule "Thunder" Ngubane stands on the verge of becoming the first female boxer in Africa to win the Women's International ...
Sport
4 years ago

Retired former multiple world boxing champion Lehlohonolo "Hands of Stone" Ledwaba aspires to become one of the top trainers in the country.
Sport
4 years ago
Next Article