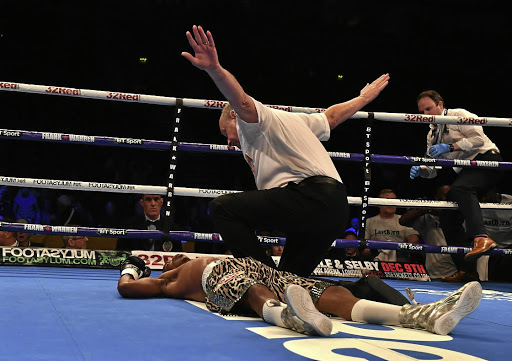 Siboniso "Tiger" Gonya has been accused of taking a dive when he went down from Zolani "Last Born" Tete's right hook during their WBO bantamweight title fight in Belfast, Northern Ireland, last weekend.

The same accusation was made when Muhammad Ali knocked Sonny Liston out in their heavyweight world title fight in 1965. Few people, even those at ringside, saw the blow that flattened the former world champion.

Endless slow motions of the footage failed to solve the mystery of what became known in boxing circles as the phantom punch. But that blow, which was landed in one minute and 44 seconds, was so deadly that it ended Liston's career.

Gonya has rubbished claims that he took a dive.

Will Siboniso “Tiger” Gonya’s dream of challenging for the world title quickly turn into a nightmare?
Sport
4 years ago

"It's very difficult for me to explain this but I didn't see the fight," he said of the historic bout that ended in 11 seconds.

"The one thing I remember is being inside the ring; bell ringing for us to meet in the middle of the ring. I then saw people around me and I asked my coach [Zwi Magudulela] and he also said he saw nothing. He said to me Zolani told him that I missed with a jab and he countered with a right hook. It happened so quick."

"I will be back stronger. If a tree has to grow longer, it must fall first so that its roots get stronger when it grows again and that is me," he said.