Sandilands says he has nothing to prove against former employers Sundowns 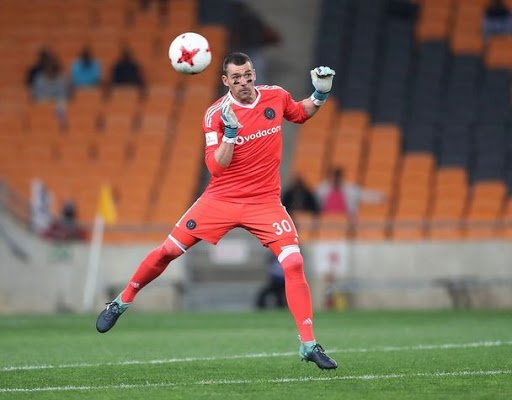 Orlando Pirates goalkeeper Wayne Sandilands will not allow his emotions to get the better of him when he faces former employers Mamelodi Sundowns in a mouthwatering league showdown at Orlando Stadium on Wednesday night.

The 34-year-old Sandilands spent almost a decade at Sundowns but the relationship came to an end in June when his contract was not renewed and the two parties failed to agree on a new deal.

He was promptly snapped up by Pirates on a three-year deal a few days later and his career has undergone a impressive metamorphosis since joining coach Milutin ‘Micho’ Sredojevic’s side.

The goalkeeper said while he expects the reunion with his former colleagues to be emotional‚ he would not allow his feelings to influence the job at hand in a game that is expected to be peppered with tension.

“I think the reality is there will always be emotions but the fact is you have got to manage them and you cannot allow them to hinder you from getting the job done‚” he said.

“So for me the focus is purely not on the past‚ not on the future but on the present on this game.

“We are under no illusion that it is going to be a walk in the park but we know that we are capable of getting a positive result and that’s the focus.

“So there are emotions‚ there is a lot of baggage that can come with this game but it is important for you if you want to be able to go and perform to your optimum to block that out and be present and focus on the processes and get the job done.

“So they (the emotions) can be (difficult) but for me I will suppress them and I will not go into them. It is a matter of just getting the job done.”

Sundowns have lost their trademark swagger of old and coach Pitso Mosimane’s usually swashbuckling ship has sailed into stormy waters‚ uncharacteristically losing their last three matches in a row.

The 10th-placed Brazilians will be desperate to return to winning ways against a Pirates team they have managed to get the better of in recent years.

Sandilands could have a hugely influential row to play if the third-placed Pirates are to overcome a Sundowns team that beat them home and away (6-0 and 2-0) last season.

But the goalkeeper insisted that he does not have a point to prove to anyone at Sundowns and would play his normal game.

“I feel that I do not have to prove anything to anybody.

“I think that my performances over the years have spoken for themselves and there’s nothing really to prove.

“I know what quality I have and I am grateful for the wonderful opportunity to be at this club (Pirates).

“Its amazing and I am forever grateful for this opportunity and I am just looking forward to the game on Wednesday to give my all.

“I know that with my brothers around me that a positive result is possible.”