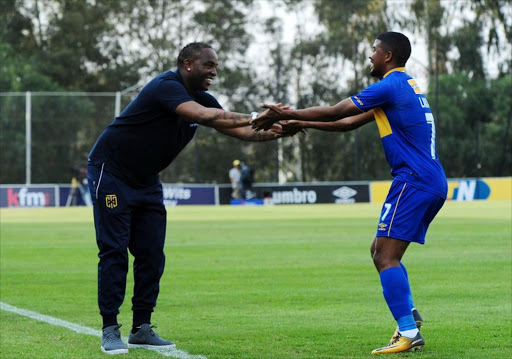 Few have ever come out unscathed after a blow to the chin from Tyson and so Cape Town City must do without midfield work horse Roland Putsche for Wednesday’s key clash against Kaizer Chiefs in the Premier Soccer League.

The Austrian received 17 stitches after a clash of heads with Bidvest Wits captain Thulani ‘Tyson’ Hlatshwayo on Sunday and has been told by doctors to lay off for a week‚ his coach Benni McCarthy said on the eve of the game at the Cape Town Stadium.

“Therefore‚ unfortunately‚ he is not available‚” said the coach.

Putsche has 10 stitches inside the wound on his chin and seven more on the outside after the incident in Sunday’s MTN8 semifinal‚ second leg tie in Johannesburg.

It is a blow for the home team who are seeking to keep up their 100 percent start to the new season.

Putsche has been ever present this season‚ not missing a minute of action since McCarthy took over‚ and provided much of the work in the midfield with his constant harrying and tackling of opponents.

The 26-year-old was named man of the match last month after the first leg of City’s 3-1 aggregate triumph over holders Bidvest Wits in the semifinal of the MTN8.

He joins Aubrey Ngoma and Judas Moseamedi on the sidelines of the game.