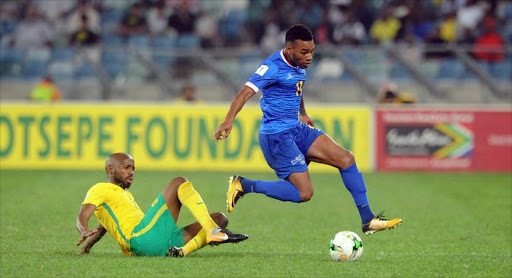 “I try every training and I train hard for this and today it was my luck‚” he said of his two long-range belters that turned the Group D qualifier‚ at the Moses Mabhida Stadium‚ on its head.

The first was a swerving free kick that caught out Wayne Sandilands and the second a thunderbolt in open play that gave the Bafana Bafana stand-in goalkeeper no chance.

“It was a good day for me and for our team. It was perfect.”

“It is the dream of every footballer to go to the World Cup‚" added the 26-year-old from Rotterdam in the Netherlands‚ who plays his club football at Galatasaray of Turkey.

"It’s the biggest tournament in the world.

"I dream about that and for me‚ nothing is impossible.

"I’m a football player like everyone here and if you believe‚ if you work hard like we worked hard in these two games … because it is not only about quality or how big the country is.

"Our dream continues and in two months we’ll see.

Cape Verde next host Senegal next month and finish their campaign away against Burkina Faso in Ouagadougou.