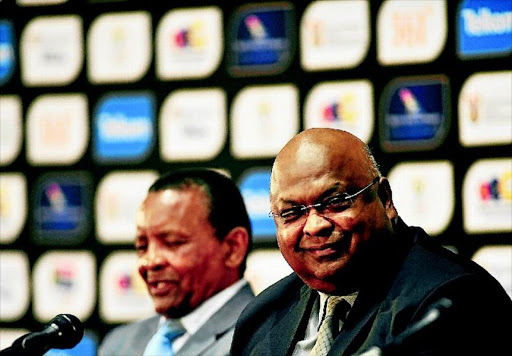 The SA Sports Confederation and Olympic Committee (Sascoc) has extended the suspension of its chief executive Tubby Reddy until the end of the month pending investigations into alleged sexual misconduct against the veteran administrator.

"A  comprehensive investigation is still in progress and the parties have agreed that Mr Reddy's suspension on full pay will be extended until 31 August 2017," Murray Alexander of Norton Rose Fulbright, acting for Sascoc, told Sowetan yesterday.

The Olympic governing body had initially handed Reddy a 30-day suspension effective from July 19, which would have lapsed today, but it has now been anticipated that the investigation would be concluded by month end.

Reddy is the subject of a sexual harassment probe after a female Sascoc employee laid a complaint against him.

When contacted, Reddy's legal representative Dev Maharaj indicated that he would not agree to a further extension of the suspension beyond the end of this month, "as the investigations have been going on for quite some time and ought to have been finalised ages ago".

The Sascoc board had opted in May to divert the sexual harassment claims to an independent panel that reported back to the executive committee with recommendations that led to Reddy's suspension.

The allegations took a bizarre turn in June when the mainstream media received an e-mail purported to be from the alleged victim, claimed her e-mail account had been hacked.

This after an e-mail had been sent a few minutes earlier, purporting to be apologising to Reddy after it was alleged that the harassment claims had formed part of an orchestrated move by Sascoc president Gideon Sam to oust Reddy.

In the light of this, Sowetan has learnt through impeccable sources privy to the probe that the investigating team has conducted a digital sweep on some Sascoc employees's laptops, as well as interviews with the federation's IT contractors. More interviews were set to take place.