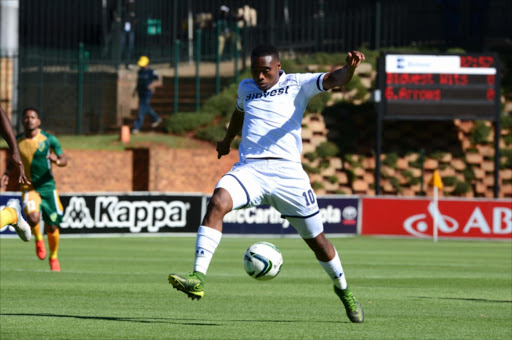 Bidvest Wits midfielder Sibusiso Vilakazi says he remains fully focused on the job at hand at the club rather than speculation about his future.

The 26-year-old is again a subject of transfer rumours in the January window with reports linking him to Mamelodi Sundowns, but the man nicknamed Vila insists he is staying put at Wits to help in their push for the league title.

"The speculation does not affect me. The team is sitting on top [of the log] and for me that's a huge motivation.

"Talk of me leaving has not really affected me so far.

"I don't know what's gonna happen tomorrow but what I know is that I'm not going anywhere this transfer window.

"I will try to put in everything that I have to help the team win the league.

"That's what I want and that's what the game is all about, to be on top and competing.

"I'm giving everything that I have to make sure we win the league," said Vilakazi.

Wits currently top the Absa Premiership standings on 29 points from 13 matches while Mamelodi Sundowns are two points off the pace from the same number of matches.

The Bafana Bafana international believes Wits coach Gavin Hunt, who is a winner of three league titles with SuperSport United, has put together a squad more than capable of giving the club the league title.

"It is a warm feeling that I find myself on top with the team and I have to dig deep so we can have something at the end of the season.

"I think since Gavin came to the club, he has been able to bring that attitude that we have to get something, out of every game, you know. He has improved the team," he reflected.

Last season Wits drew eight of their 30 league games and eventually lost ground to finish third. In comparison, eventual winners Kaizer Chiefs drew only three of their matches. Vilakazi insists that the Clever Boys have learnt from the setback of the last campaign.

"If you take the games we drew last season and convert them into wins, it could have been a different story.

Meanwhile, Wits under-23 midfielder Phakamani Mahlambi said he would like to be the Premiership's top scorer.

"I would like to be the top goal scorer and that's what I'm working towards. It felt amazing to score the first goal of 2016," he told the club's website following a 3-1 win at Chippa United on Sunday.