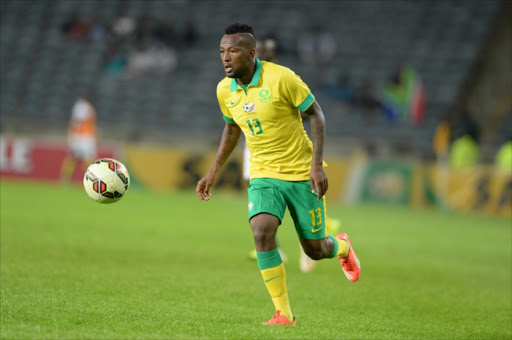 Bafana Bafana and Orlando Pirates attacking midfielder Mpho Makola is pleased to have scored his first goal for the national team on debut.

"After scoring that goal, I put down a brave face and acted as if I did nothing. Deep down I knew that I have done something special after scoring," said Makola in a recent radio interview.

The 29-year-old midfielder was blessed with a baby boy named Molemo on Monday, a day before the match against 'Lions of Teranga'.

"I am pleased with my debut performance. This is one of the highlights of one’s’ career. Not many people can say that they have scored on their national team debut," Makola quoted saying Bucs website.

"On a personal level, I am happy to have been able to contribute to the team in a positive way…I hope that with this performance I will get another opportunity to represent my country," he said.

The Alexandra born star says his extra efforts at training are now paying off dividends.

The well-decorated Makola was also handed the Man-of-the-Match award on his debut.