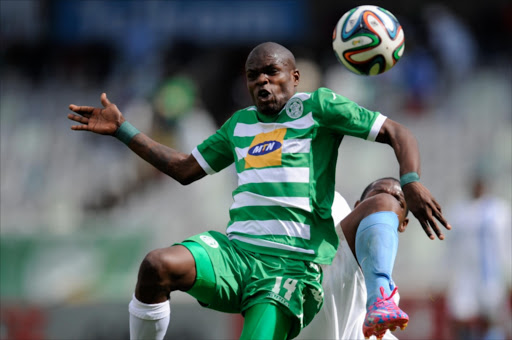 Lerato Lamola has kept his nose ahead in the Premier Soccer League scorers charts over the last few weeks, scoring his 13th of the campaign on Sunday in the 2-3 home loss to Ajax Cape Town.

He could become the first Celtic player to win the PSL Golden Boot.

But Free State Stars' Moeketsi Sekola was also on the score sheet for the fast-improving club from Bethlehem, netting his 12th of the season against Chippa United on Saturday.

With two rounds of matches still to play, Polokwane City forward Puleng Tlolane is on 11 and Mamelodi Sundowns' Cuthbert Malajila a further goal back, having been dropped from Pitso Mosimane's starting line-up in recent matches.

The tally is already more than the paltry 10 goals that the leading scorer, Bernard Parker, managed last season, which was the lowest in a South African professional soccer season.

But this season's tallies are not much of an improvement. If Lamola and company fail to get any more goals by the end of the campaign on Saturday, then the tally of 13 will be the second lowest since the advent of the PSL.