Foursome Amakhosi wrap it up in style 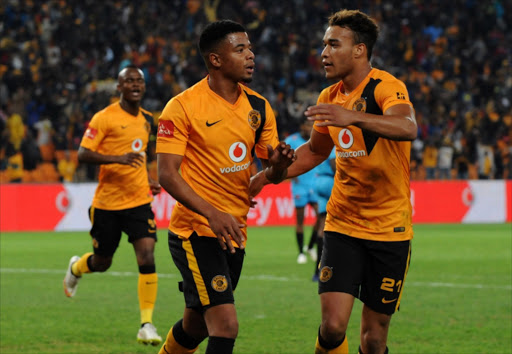 Kaizer Chiefs are the Absa Premiership champions, with three games remaining as they cruised past Polokwane City with last night's 4-1 victory.

Again Chiefs earned a win with the Manchester United under Alex Ferguson-like efficiency that has been the hallmark of what could prove their most dominant season in the PSL era.

Chiefs have looked like champions since having their noses ahead of the rest from day one, when they strong-armed Free State Stars off an appalling Charles Mopeli Stadium pitch for a 1-0 win in their season-opener.

After a 19-game unbeaten start, they rode the speed bumps that followed. Last night they extended their lead over second-placed Mamelodi Sundowns to an unassailable 15 points.

After winning the title in coach Stuart Baxter's first season two years ago, then being found out last season and conceding an 11-point gap to finish runners-up to Sundowns, Chiefs have added dimensions to their play.

Goals from George Lebese in the 27th minute, Bernard Parker (32nd) and Matthew Rusike (55th and 65th), were answered only when City striker Rendani Ndou pulled one back against the tide in the 57th.

Chiefs' efficiency always threatened to prove too much for Polokwane, who play attacking football under coach Kosta Papic, but lack defensive composure.

It was too easy for Chiefs in the second half, Polokwane proving the sort of side Amakhosi could delight in picking apart.

Chiefs' best chance fell to one of their more composed players in front of goal this season, as Lebese recovered from his earlier miss. Willard Katsande, not noted for his delicate touch, produced the chip over for Lebese to beat offside and finish past goalkeeper Modiri Marumo for the winger's eighth league goal.

Within five minutes it was 2-0. Siphiwe Tshabalala's free-kick was half-punched by Marumo into one of his own defenders' legs, allowing Parker a bread-and-butter volley.

Coming out prepared to patiently pick City apart in the second half, Chiefs added a third when Tshabalala danced past left-back Kabelo Lichaba and squared for Rusike to bury a first league goal of the season into the top-right corner.