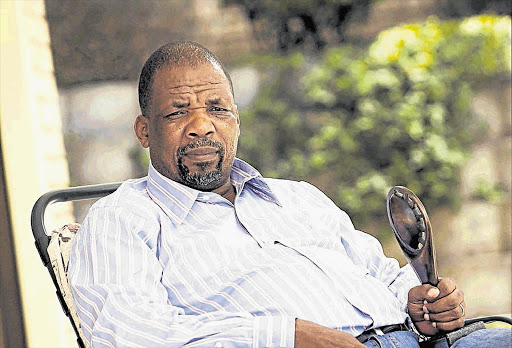 STANDING at the brink of death has given boxing promoter Mzimasi Mnguni a new perspective on life; now he does not take anything for granted.

The 65-year-old was confined to a wheelchair a few months ago and a combination of diabetes and a stroke ravaged his frame to such an extent that he had come to accept the idea of his impending death. Financial difficulties also took a toll on his health.

His recovery has surprised even Mnguni himself. He is back on his feet and promoting boxing matches again.

"I asked God for a second chance and here I am," he said. "I thought about my children and decided to fight for my life for their sake."

A car crash in November marked the beginning of the run of bad luck that nearly cost Mnguni his life. He spent two weeks in hospital. In March he suffered a stroke and was paralysed from the waist down.

The promoter/trainer was thrust into the spotlight to spearhead Welcome "The Hawk" Ncita's march to the IBF junior featherweight world title in 1990.

Vuyani Bungu would benefit from this Midas touch four years later and in 1994 won the same title held by Ncita.

Bungu has spent the past few months at Mnguni's bedside and he, too, is grateful to see the man he regards as a second father back on his feet.

"When the big tree falls at home it is not okay. Many things went wrong at his gym when he was sick. Bra Mzi is back and we will begin to see the light again."