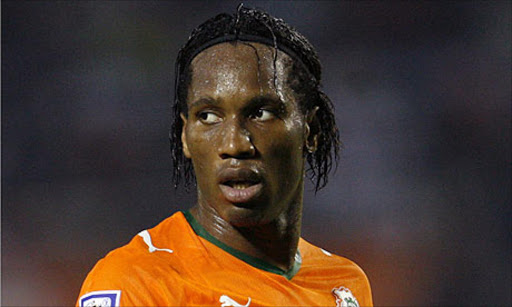 A deadly disease outbreak, fraud and cheating, and a player killed by his own fans. African football just can't shake its reputation for chaos.

Two months after an embarrassing World Cup for the continent marked by player strike threats and disputes over money, the final round of qualifiers for next year's African Cup of Nations kick off Friday and Saturday with more problems.

The Ebola virus outbreak in West Africa is causing fear among those having to travel to or host squads from affected countries. It has forced at least two teams to play away from their home countries.

Two teams have been disqualified for cheating and fielding ineligible players and another two withdrew after being unable to play games in previous rounds.

The death of Cameroonian player Albert Ebosse in a league match in Algeria last month after he was hit in the head by a rock apparently thrown by his own fans is another indication of dangerously lax security in African stadiums, where world-class stars have long played under shoddy organization.

Some of those stars are now gone.

Ivory Coast's Didier Drogba and Cameroon's Samuel Eto'o retired from international soccer after the World Cup. Ghana cut Europe-based Michael Essien, Kevin-Prince Boateng and Sulley Muntari from its squad because of their disciplinary problems at the World Cup.

The final qualifiers have 28 teams split into seven groups and competing for the 15 places alongside host Morocco at the African Cup in January and February.

Defending African champion Nigeria, one of the teams hounded by disputes over money at the World Cup in Brazil, will open in Group A against Republic of Congo, which only progressed after Rwanda was thrown out. In a case described by the Confederation of African Football as "fraud," Rwanda was disqualified for fielding a striker who was using a different name and a Congolese passport in club games.

Unfortunately for Libya, Dady Birori - or Tady Etekiama as he is known for his club - scored a hat trick for Rwanda in an earlier round to eliminate the North Africans before CAF caught up with his deception.

Algeria, a success for Africa in Brazil after making the second round, starts at Ethiopia in Group B but is reeling at home from the death of Ebosse at a match between the country's top two teams from last season. A police investigation is underway and games were suspended.

Ghana plays Uganda in Group E without those three top players, and Tunisia, Egypt and Senegal will compete for two places from a tough Group G.

And then there's the Ebola crisis.

CAF ruled that no games will be held in Sierra Leone or Guinea until at least mid-September. Two of the worst-affected countries in an outbreak that has killed nearly 2,000 people and touched five countries will likely have to find neutral locations beyond that as international sport is unlikely to go there any time soon.

Guinea will open against Togo in neutral Morocco. Sierra Leone will play its first "home" game against Congo in Congo next week because of its struggle to find another country willing to host it.

The only reason its first game in Ivory Coast will go ahead on Saturday is because Sierra Leone guaranteed that it would bring a squad of only foreign-based players and promised that none of its group of 20 players and four coaches had been in an Ebola-affected region in the last 21 days. Ivory Coast's government had threatened not to let the party in at all.

There is a possibility of a heart-warming story amid the turmoil: Lesotho, the tiny mountain kingdom completely surrounded by South Africa, has the chance of making the African Cup for the first time after its surprising progress to the final qualifying stage.

But that's as long as military unrest there that caused the prime minister to flee the country doesn't escalate and affect its games.