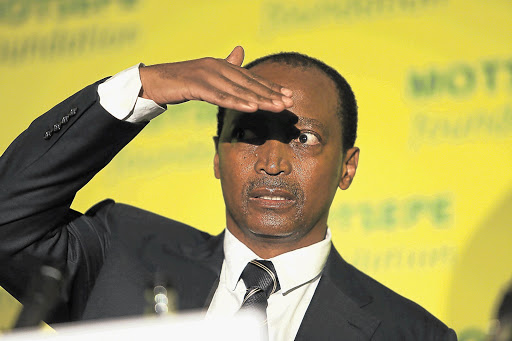 BAGS: Finance minister Patrice Motsepe will support us all

Mamelodi Sundowns' billionaire owner Patrice Motsepe says the club's players out on loan should be allowed to play against them, and players' salaries should be market-related.

"I don't want players not to be playing. If a player is not in the plans of the coach, we should allow him to play elsewhere, including playing against Sundowns," Motsepe said.

Motsepe was speaking at the club's 2013/2014 season awards function in Pretoria, on Sunday, where the team celebrated the campaign which ended a seven-year Premiership title drought.

The mining mogul said the only reason the loan policy had not been implemented was because the board had persuaded him against the idea.

"I can't disregard the recommendations of the people on the board. It's a bit of a challenge to have a player that we pay play against Sundowns because we pay the salaries of our players that are out on loan."

Motsepe said he was not a dictator and suggested that it would be mutually beneficial if loaned-out players competed against them.

"Clearly my personal opinion is that they should play against us in future. I know some of them would want to prove us wrong for that... we should have never let them go."

The Brazilians had discontinued their season awards function after a number of barren years without any silverware and because their performances on the field of play were not worthy of being celebrated, Motsepe said.

"We stopped them because there was thinking that it would be inappropriate to give awards when there was a sense of unhappiness with the performance from the fans and management."

Top goal-scorer Katlego Mashego was rewarded for his goal-poaching prowess throughout the season with R150,000.

Club stalwarts Surprise Moriri and Esrom Nyandoro were handed R150,000 apiece for their dedication to Sundowns over the years.

Coach Pitso Mosimane was handed the president's award -- a sum of R250,000 -- for guiding the club to the Premiership title.

Despite Sundowns commemorating their championship-winning season, Motsepe had reserved expectations for the current season.

"We don't want to put pressure on anybody. I don't have any huge expectations as far as the Caf Champions League is concerned."

The president said his only expectation for the club was to show passion on the field.

"I think that's why I am lowering expectations because it's inappropriate. The players should give 100 percent... if we win silverware we'll be happy, and if they don't win it's fine.

"There is a perception that there is an obsession with silverware, which is incorrect."

The club has been winless in the new season so far, having registered two losses and a draw.

The supporters' frustrations with the poor start reached boiling point when the team lost 1-0 to Ajax Cape Town. Some supporters have called for coach Mosimane's resignation.

"We are not going to tolerate any lack of discipline and lack of respect for the coach. The statement that was issued was an absolutely correct one, and I am 100 percent behind it."