Kaizer Chiefs out of CAF 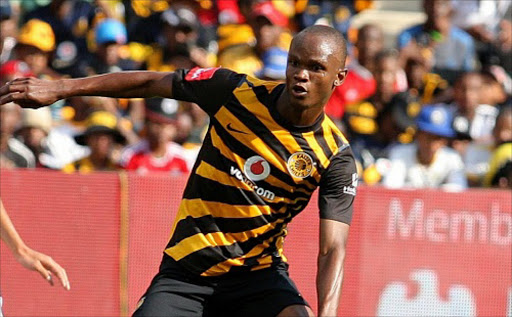 Kaizer Chiefs were eliminated from the Caf Champions League in the final qualifying round last night, despite securing a 2-0 win over Congolese outfit AS Vita at FNB Stadium.

Amakhosi lost 3-2 on aggregate after going down 3-0 in the first-leg clash in Kinshasa.

The visitors opened up the game from the first whistle, with Chiefs keeper Reyaad Pieterse tipping a thunderous Nzinga Luvumbu strike over the crossbar just 45 seconds into the encounter, before Amakhosi took control.

Kingston Nkhatha hit the back of the net in the fourth minute but the goal was disallowed after a controversial offside call by the match officials.

There was no denying Knowledge Musona, however, when he charged into the box five minutes later and slipped the ball past Herve Lomboto with only the keeper to beat.

Musona had another attempt soon after, latching onto a through ball, but this time Lomboto was up to the task.

Chiefs took two knocks, on either side of the half-hour mark, when Pieterse was taken off after slamming his head against the post while trying to tip over a lobbed ball, and then Musona went down and also left the field injured.

The tension of the fast-paced fixture was raised in first-half injury time when players from both sides were involved in a heated squabble, but the officials did not sanction individuals from either team, despite protests from the Chiefs squad.

Needing two more goals to have any chance of reaching the group stages, Amakhosi were aggressive after the break, and Nkhatha came agonisingly close in the 57th minute.

He climbed high to connect with a cross from Bernard Parker, but his header was well saved by Lomboto.

And six minutes later Matthew Rusike unleashed a thunderbolt on the edge of the area, but the keeper again came to the rescue for the visitors, diving left to parry the ball around the near post.

The tenacious hosts continued to push forward in the closing stages, and after play was waved on following an apparent handball in the AS Vita defence, Parker produced a bicycle kick that sailed over the bar.

Morgan Gould scored a consolation goal in second-half injury time, but the visitors had done enough to progress to the group stages of the top-flight continental competition.

Chiefs, meanwhile, were relegated to the Caf Confederation Cup playoff round.