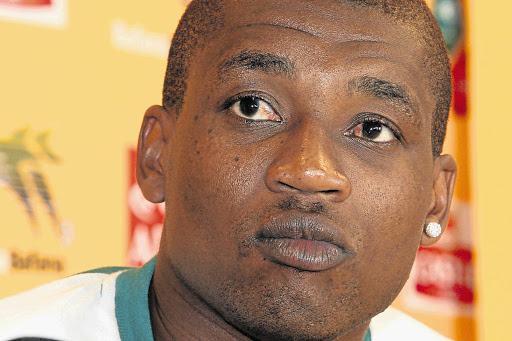 Chiefs general manager Bobby Motaung confirmed to Sunday World yesterday that the club paid R700000 to Mamelodi Sundowns to compensate the club for Mphela moving to Naturena six months before the end of his contract with them.

Mphela signed a pre-contract with Chiefs last month, but it would have come into effect only in July. But Chiefs were desperate to have him before then and negotiations between the two clubs have been under way since the beginning of the month.

Chiefs coach Stuart Baxter said he was excited about getting Mphela.

"I'm sure without me doing a lot there's going to be a bit of hunger there," he said.

"I'm hoping that if I can wind him up a bit, and if he can learn how we play, it will be a very interesting acquisition."

Chiefs will introduce Mphela at a media briefing in Naturena tomorrow.

His recruitment by Chiefs was one of several high-profile transfers on the final day of the PSL January transfer window, on Friday. - Ramatsiyi Moholoa, Louis Mazibuko and Marc Strydom