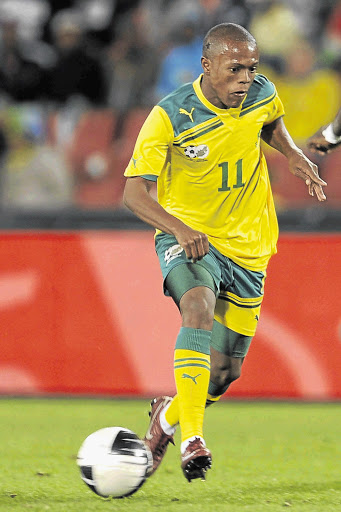 This comes after Safa received a report from national coach Gordon Igesund and the medical team accusing Serero of faking an injury.

With the support of the medical team, Igesund claimed that Serero feigned the severity of a sore muscle to avoid playing against Botswana in Durban last month.

Their argument was that Serero did not want to risk an injury so that he could feature for the Dutch team in the European Champions League game two weeks later.

Dominic Chimhavi, Safa's communications director, confirmed on Friday that the organisation was trying to establish facts on the Serero saga.

"We have written a letter to Thulani, telling him we have received his medical report from Bafana Bafana. We want to hear his side of the story in black and white.

"Until we have received a written report from him, he is not eligible to play for Bafana Bafana."

Serero could not be reached for comment, but his mentor, Mike Ntombela, was not aware of the letter to the player.

"I speak to Thulani on a regular basis about almost everything.

"There is no letter, unless Safa sent it to his club.

"But I can confirm that we are trying to facilitate a meeting with Gordon and Safa some time next week to resolve the dispute."

Serero has consistently denied Igesund's allegations that he faked the injury, saying he was carrying a genuine knock at that time.

He is the second top South African player in Europe after Steven Pienaar, who quit Bafana Bafana last year to focus on his club career.

Serero, who has been beset by an assortment of injuries since joining Ajax, is one of the star performers in the league, where his club are third on the log.

In their game against Utrecht last weekend, Serero created and scored a goal, which deservedly earned him a man of the match award.

He was the 2010 Premier Soccer League Footballer of the Year winner.