The Bulldog bares his teeth 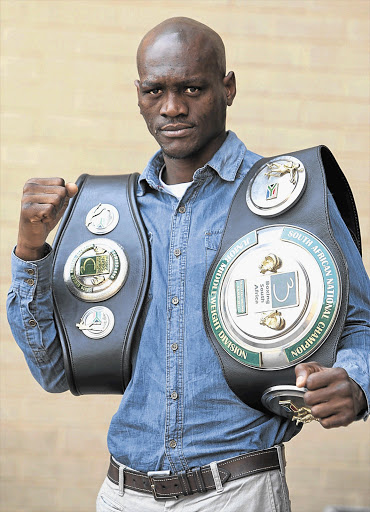 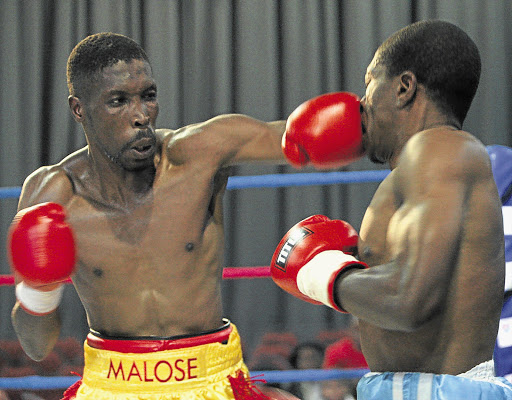 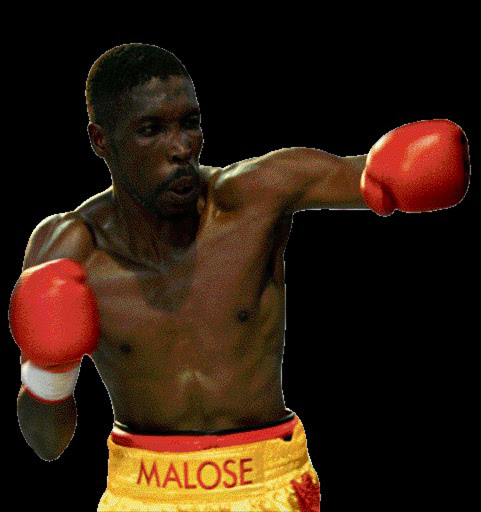 NKULULEKO Mhlongo might be one of the most underrated boxing champions inSouth Africa, but he has never allowed that to stop him.

Mhlongo will put his junior middleweight title on the line against Tebogo Malose at Nasrec Arena near Soweto next Sunday and the champion was in top form when he taunted the challenger this week.

"I'm the principal," he declared. "All the contenders for my title are my students. I will not destroy Tebogo, but rather teach him a boxing lesson that will stand him in good stead against his peers in the future when I have long relinquished the national title after winning something big.

"I don't understand why a newcomer like Tebogo, with only six fights, agreed to be a mandatory challenger when he should be steadily building his profile against newcomers like himself."

Malose's record is rather thin . He has won only five fights - four by knockout - against a loss.

The boxer, trained by Eugene Khanyile, is yet to meet a credible opponent, but is already ranked No 2.

One of the flashiest showmen around, a bobbing and weaving Mhlongo likes to put one hand behind his back and throw every punch with only his left hand.

Nine of his 11 victims have not seen the last round. He has been defeated twice, and his last defeat was controversial. He gave former multiple world champion Isaac "Angel" Hlatshwayo hell in their eight-rounder.

Mhlongo, who was taken as a stepping stone, outperformed Hlatshwayo.

Nicknamed "The Bulldog", he mauled Yanga Phetani in three rounds to register the first defence of his title on March 16.

The champion, from Thokoza in Ekurhuleni, where his impressive skills are polished by trainer Mabuya Sechaba, has fought sparsely because he did not have a promoter dedicated to him.

But that is history. Mhlongo has found a home in Brown Bomber Promotions of promoter Luvuyo Mngxaso.

Mhlongo will be making his debut under that outfit next weekend.

While Malose could not be reached for comment early in the week, Khanyile warned that he would be gunning for the title that was once held by his charge William Gare.

This match-up will form part of the groundbreaking triple South African championship which involves a women's bout between welterweight titleholder Rita Mrwebi and Julia Tshabalala over 10 rounds.

Tsiko Mulovhedzi will headline the bill in the second defence of his welterweight diadem against Ntuthuko Memela.

The seven-bout card, dubbed "The Testament", will not be televised.

Mngxaso does not have a sponsor, so he will bankroll the tournament. Action will begin at 2pm.