Lerato Sengadi on one month without Jabba 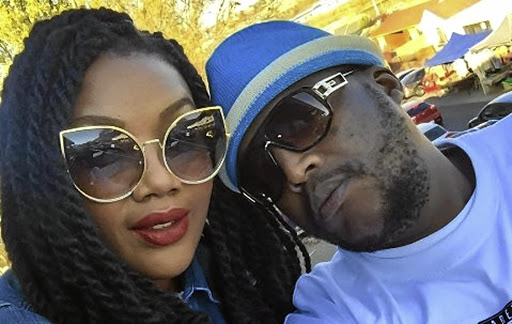 HHP's widow and well-known publicist Lerato Sengadi has given fans a snapshot of the hole the star's death, one month ago, left in her heart.

News of Jabba's untimely death on October 24 sent shock waves through the country.

This past Saturday marked exactly one month since Jabba took his own life after a lengthy battle with depression.

Taking to social media Sengadi shared a picture of her and Jabba in happier times with a heartbreaking message.

"It’s been a month. Feels like an eternity. Feels like yesterday. Feels so surreal. But the grief is so real. I know the strength God has bestowed upon me is a gift from u #Motho #DloziLam #Psalm35."

In the days after Jabba's death, Sengadi became a beacon of hope for widows as she stood tall against the late rapper's father, Robert Tsambo.

Sengadi turned to the courts after Tsambo refused to acknowledge her as Jabba's customary wife and excluded her from all funeral arrangements. The South Gauteng High Court ruled that she and Jabba had entered into a customary union.

Her unwavering strength was applauded by thousands of people on social media.

Here's what Sengadi had to say about the victory at the time.

Today was bigger than me! Motho always saw greatness in me that I sometimes didn’t see in myself. He always said I was born to be great and felt almost undeserving of being loved by such greatness... but the feeling was mutual! He has catapulted me to the level of greatness that only a union blessed by the most High could. • • • This victory is not just mine. I am not the first that this has happened to! Which is why I am fired up and encouraged by the spirits of all the widows who have been marginalized by patriarchal in-laws in moments of grief and stripped of their dignity and the very basic need to grieve. Our grandmothers, mothers, aunts, sisters, cousins, best friends! • • • To all the women who choose to ridicule me for doing what is right; I pray that this never happens to u or ur daughter or ur best friend etc but if it does u will remember me and know that u can fight for what is right. • • • U don’t love someone because it’s convenient and easy. No! You love them because even when loving them isn’t convenient you will STILL fight for what is right for them. • • • Motho didn’t marry no punk! I am brave! I am a warrior! I am a Queen. #IAmHisWife! #IWillNotCower