DJ Zinhle on picking up the pieces after AKA left 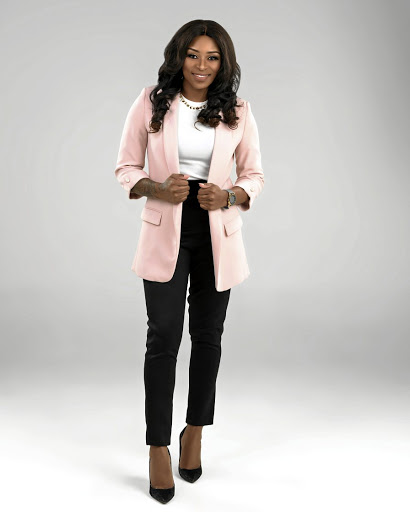 DJ Zinhle has gone through a lot of hardships and shrugged off many labels‚ including constantly being told while growing up that she was lazy‚ leaving her feeling like she would "not amount to anything in life".

The Colours hit-maker‚ who recently released a motivational book hoping to inspire women to unlock their true potential‚ revealed her own battles growing up in an interview with Azania Mosaka on Real Talk this week.

"I totally believed that I was not going to be anything amazing because I was told so many times that I was lazy. I think it also comes from me being a younger sister. I grew up believing that I would not amount to anything. I was told that 'nobody is going to marry you' and these were things that I worried about so much as a child‚ like 'who is going to love me? How am I going to get a job? What am I going to do when I grow up?'"

She said that she learnt to relax and not put so much pressure on herself.

She also preached the gospel of being grateful for what you have and not be miserable about what you don't‚ recounting a lesson her daughter Kairo taught her when she was devastated by AKA leaving after Kairo's birth.

"When Kairo was young‚ she must have been two months old‚ I was going to take a bath and I saw her face. I was going through emotions and was in pain‚ and I looked at Kairo and said; 'Kairo‚ daddy is gone' and I was crying. Kairo looked at me‚ as if to say; 'look around you‚ mommy. Look at everything else. Pain has a way of blinding us to everything else that is amazing."

Host to use TV slot to spotlight special people.
Entertainment
2 years ago

The star revealed earlier this year that she had also felt overwhelmed when completing her house‚ which had been under construction for some time.

"I make it work but I have been feeling a little overwhelmed lately. It is a bit too much. Especially with the house project‚ I thought I was going to die at one point‚" she told WTF Tumi's Tumi Morake.

She said that she had learnt to cope with all the endless demands by taking it one moment at a time and leaning on the support of others.

Speaking to TshisaLIVE around the same time‚ Zinhle said that she often felt exposed when helping women with social issues‚ such as unemployment‚ alcohol and drug abuse‚ teenage pregnancy and crime.

"My reality show was one of the toughest things that I have had to do. It was emotionally draining‚ to the point that I often went home to go sleep because it was too much. It was tough to hear their stories and it hit me hard."

She said being a mom was the greatest grounding she had when she felt life was too hectic.

AKA: I sacrificed everything for love

AKA has once again opened up about his relationship with his ex Bonang Matheba.
Lifestyle
2 years ago
Next Article