Zandi Khumalo on Senzo murder: Police would've arrested us if we were suspects 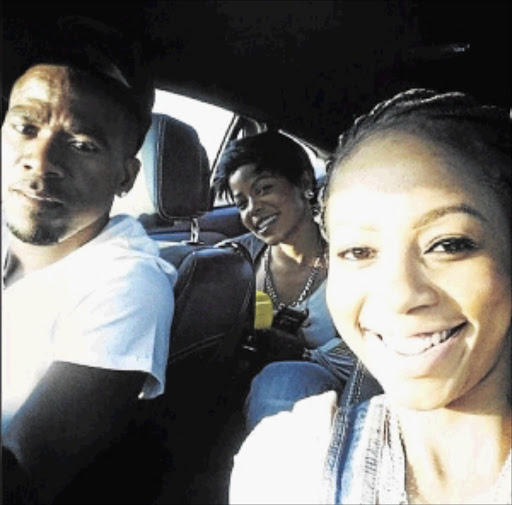 Senzo Meyiwa, Kelly Khumalo, and her sister Zandi Khumalo in the back.
Image: Instagram

Zandi Khumalo‚ who was present when Senzo Meyiwa was killed‚ says the fact that police have yet to arrest anyone in the house that day shows none of them had anything to do with the late Bafana Bafana goalkeeper's murder.

Senzo was shot dead while visiting his girlfriend‚ Kelly Khumalo‚ at her mother's house in Vosloorus in October 2014. The footballer was shot in the presence of Kelly's family (her mother Ntombi‚ sister Zandi‚ and son Christian)‚ Senzo's friends Tumelo and Mthoko and Longwe Twala.

Speaking to Move recently‚ Zandi said that people were free to speculate what they wanted but none of the people in the house were to blame for Senzo's death.

He's back and he wants the murder case of soccer star Senzo Meyiwa to be cracked immediately.
News
3 years ago

"People will think whatever they want to think. We know what happened and the police know what happened. And if people have any doubts‚ they will have to sort that out with the police. The police would have arrested us on the day of the incident if we were suspects. So it simply means that we have nothing to do with it. We are also victims in all of this."

Kelly has often been accused by social media users of having a hand in Senzo's death‚ but Zandi says she isn't worried about the claims or the effect they are having on her sister.

"In life‚ you sometimes look at things and think this is too much‚ but God will never give us more than we can handle. When it comes to my sister‚ I know that she always has it on point‚ especially when it comes to emotions and other things. So I am not worried."

Speaking on Ukhozi FM earlier this year‚ Zandi said that since Senzo’s death‚ she and her family had been in constant contact with the police and had given them every little detail of what happened that day.

“Even on Saturday‚ I was at the police station. I arrived at 3pm [and stayed] until 12 at night. We were giving all the information we have to the police. We are trying our best to help as much as we can so that they can get the people who did this‚” she said in February.

Interest in the case was reignited in February after a parody Twitter account @AdvBarryRoux claimed that Longwe had killed Senzo and his father Chicco Twala had been involved in a cover-up. The account has not been verified and is considered to produce fake news.

Speaking to Metro FM shortly after the accusations surfaced‚ Longwe denied allegations and said he had fled the scene.

“I’m saddened that my own people could do this to me. I was actually the coward of the day. I actually ran out when the gunmen came in and requested phones and money from us. I was the first to try and stand up to protect everyone not realising that the other guy had a gun and pointed the gun at me I actually ran out.”

A month later Senzo's father‚ Sam Meyiwa‚ said he was confident that his son's murder would be solved soon with the reappointment of Bheki Cele as police minister.