Inside AKA's heartbreak: 'A few months ago I hit rock bottom' 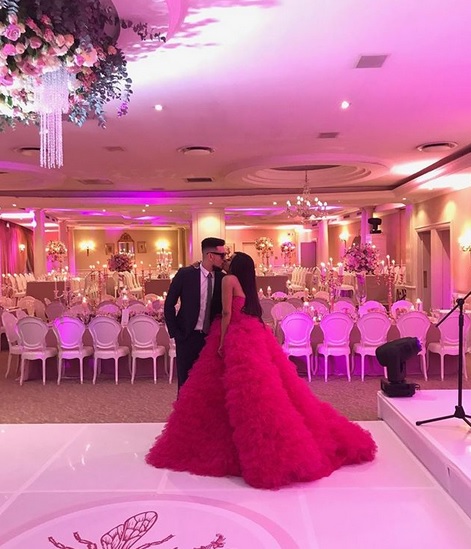 For the first time since his public "break-up" with Bonang Matheba‚ AKA has admitted that he hit rock bottom and took months to pick up the pieces of his life and feel better about it all.

The rapper is in a good space at the moment and took a minute over the weekend to celebrate his recovery. To show the man's not broken anymore‚ he posted a video promoting a show he was doing.

Not gonna lie, a few months ago I was at rock bottom. Today I feel stronger than ever. All thanks to the LORD ALMIGHTY AND MUSIC 🙏🏼 pic.twitter.com/plXV0iKSmY

While showing off his rolly with a dab of ranch‚ AKA thanked God and music for saving him.

AKA was a shadow of his old self after the break-up late last year. For weeks on end he would hardly post to social media and the worst part was that every time he did‚ he was questioned about Bonang. He tried to open his heart and talk about his feelings but was mocked by fans who told him to build a bridge and get over it.

"The problem with Twitter is that people think celebs are some sort of robots here to serve the public. Sit with your keypads at your fingers and try to embarrass us then cry foul when we react. Well‚ I'm not one of those celebs. I'm a real person. Not a bot. I'm not just data‚" he wrote in a post last month.

The dude was obviously cut up about losing love and even admitted that he had put his dating life on hold to get over the pain.

AKA apologises to DJ Zinhle - 'I was too stupid and young'

Rapper AKA finally apologised to former girlfriend and mother of his child, DJ Zinhle,  live on Real Talk with Anele yesterday afternoon.
Entertainment
3 years ago

But the devil wasn't gonna keep AKA down for too long. The star returned to music and focused on recording his album. The project is due in a few months time and is called Touch My Blood.

AKA surrounds himself with his besties in studio but away from the graft‚ he made time to spend with his daughter Kairo.

Slowly the deals started rolling in‚ like this fancy new gig he got putting his name on watermelon firewater. He even added some spice by calling out celebs who had endorsement deals that only saw them appear in pictures.

AKA on Bonang and Zinhle love triangle: What we put her through was wrong

AKA has been spilling major tea about his relationship with DJ Zinhle and Bonang.
Shwashwi
3 years ago

The rapper has addressed their apparent split.
Shwashwi
3 years ago
Next Article