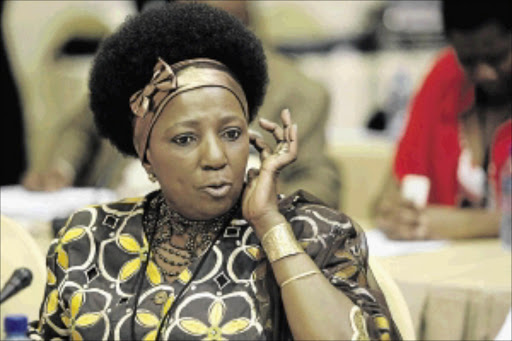 The Queen actress Mara Louw has left the building.

But her departure as fan-favourite Boi from the Mzansi Magic show is quite messy.

According to a report by Sunday Sun, the veteran actress’s exit from the show is because of “failure to reach an agreement on a new contract with the show’s producers.”

Shona Ferguson, who stars and serves as executive producer on the show, categorically told the paper that Louw was “not fired from the show” but rather “she was in and out of contract”.

He continued to state that Louw “declined” to extend her contract, supposedly when she was told that her storyline is coming to an end.

Louw confirmed that she declined the offer because “they treated me like trash”.

Furthermore, on Sunday afternoon Louw took to Twitter to share her letter of termination with the message:

“Telling a lie doesn't suit you Mr Producer. Here's proof of letter you sent me in September 2017.”

The letter, dated 18 September 2017, informs Louw of the company's intentions to terminate her Global Performers Agreement with The Queen. 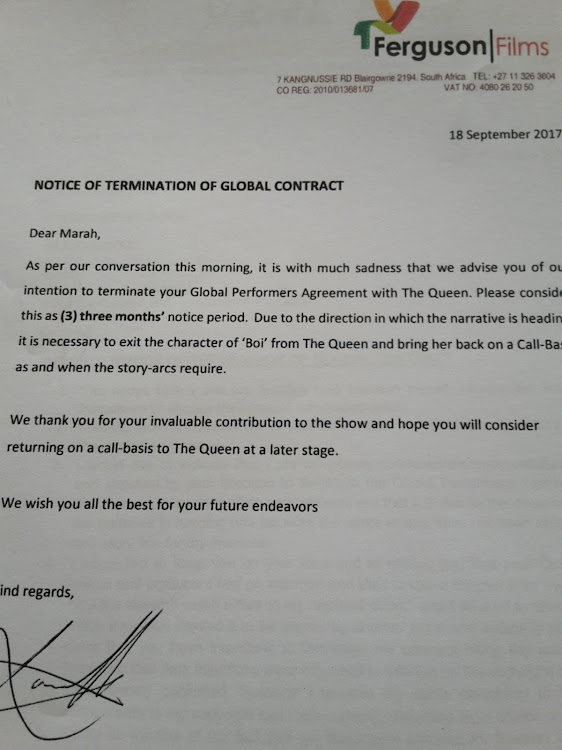