Mzansi still shook over that Gigaba and Kendrick Lamar moment 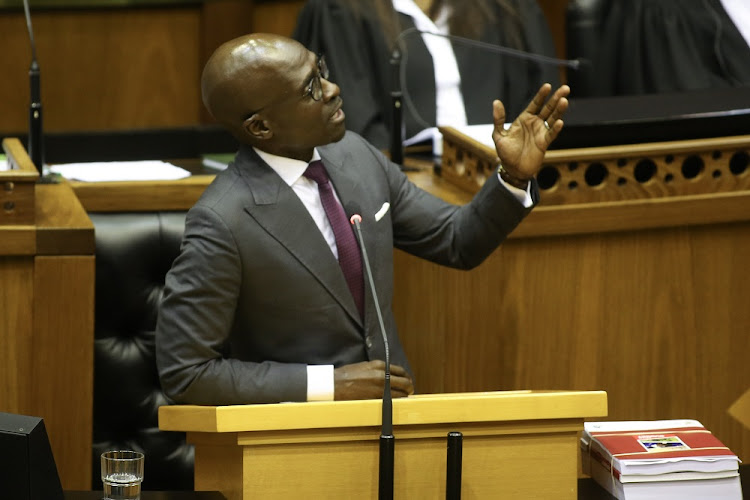 When President Cyril Ramaphosa quoted Hugh Masekela's song‚ Thuma Mina (Send Me) in his maiden state of the nation address‚ the clip went viral and was considered by many as a unifier among South Africans.

And it seems Finance Minister Malusi Gigaba attempted the same‚ only he quoted Kendrick Lamar‚ and Twitter had a field day.

Gigaba was giving his first budget speech and said: "As urban poet Kendrick Lamar says: 'We gon' be right‚ we gon' be alright.'"

During the budget speech on February 21 2018, Finance Minister Malusi Gigaba jokes about going to rehab for his Candy Crush addiction and quotes rapper Kendrick Lamar.

And then the memes started rolling in. They were never ready.

"Malusi is out here quoting Kendrick Lamar in his budget speech. This is what happens when you make a cool kid that smokes hubbly at Cubana your Finance Minister" Siya is going to hell 🤣🤣🤣🤣🤣🤣🤣🤣

Malusi was listening to Kendrick lamar
😂😂😂😂😂
"We goona be alright"

I'm still gasping from dear Malusi quoting Kendrick Lamar in his #BudgetSpeech . He was so pleased with that delivery , like : pic.twitter.com/FUMsDPctXi