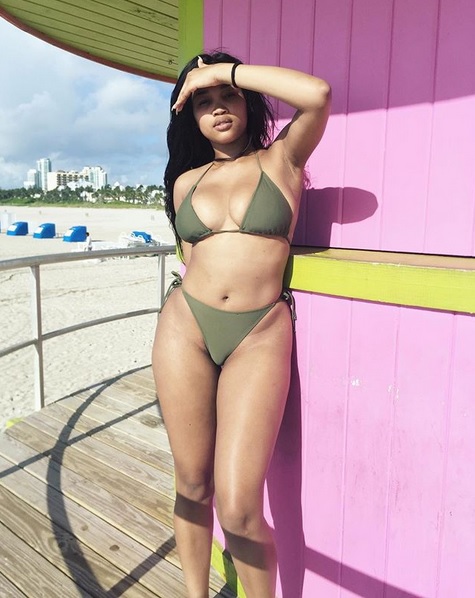 Before all the serious discussions of policy-making and deciding who next will lead the ruling party‚ the ANC Youth League wants its members to be welcomed to the ANC’s national elective conference by partying up a storm.

This is suggested through a poster circulating on social media‚ depicting the face of ANCYL President Collen Maine and popular socialite Nicole Nyaba dressed in a bikini‚ which advertises what is dubbed the "ANCYL Welcoming Party"‚ scheduled to take place on Friday.

Details on the poster have listed the party venue as the Cubana in Fourways which has been in the news recently.

This was the same club where former deputy minister of higher education Mduduzi Manana assaulted three women in August shortly after a heated debate on who would become President Jacob Zuma's successor.

According to Manana‚ who has since been convicted of the assault‚ the women had also called him gay‚ a term he found offensive.

AKA has seemingly put his money where his mouth is‚ offering a R100k reward for evidence to back up the Nicole Nyaba cheating allegations that have ...
Lifestyle
4 years ago

The club found itself in hot water following the incident after it was revealed that on the morning of the assault‚ it had been selling alcohol to patrons after hours.

According to the Gauteng Liquor Act‚ nightclubs may not sell alcohol between 8am and 2pm.

Meanwhile‚ Nyaba who will co-host the ANCYL event alongside Maine‚ took to her Instagram account to promote the event.

“Join me and the ANCYL President as we host the provincial chairpersons of the ANCYL in Jhb‚” she wrote.

TimesLIVE contacted Cubana to find out the logistics of the event.

The club did not immediately respond to questions sent via email but the manager revealed that the function was not an exclusive event.

But in a twist of events‚ ANCYL spokesperson Mondli Mkhize issued an ambiguous statement about the event.

“The ANCYL wants to place it on record that the national leadership including the President [Jacob Zuma] have not organised a party on the eve of the ANC Conference‚” Mkhize said in a statement.

“The ANCYL has noted and confirmed that the suggested venue is booked and secured under the name of the ANCYL. The national leadership of the ANCYL can confirm it is not them but is not in a position to say that who has booked under the ANCYL‚” he said.

Some people have criticised the upcoming bash.

"Instead of ANCYL leaders plotting the way forward on the eve of one of the most crucial conferences of the parent body they are off to party the night away with women at Cubana Fourways‚" wrote one person.

ANC’s Youth League in KwaZulu-Natal was gunned down in his Mpophomeni home outside Pietermaritzburg.
News
4 years ago

"When you haven’t seen the president of the YL on a poster his WHOLE term and he’s all of a sudden a promo dude for Cubana Fourways‚" wrote another.

This is actually sad. I'm as speechless. When young leaders are out there helping South Africa‚ this thing is planning Cubana groove‚" one said.

Others were less optimistic.

"Members don’t think we should just ban our comrades from going to Cubana? Cubana has caused us so much problems. We don’t learn‚" tweeted one person.

"Most‚ even those that spoke against the YL party will be seen there at Cubana‚" wrote another.

The African National Congress Youth League (ANCYL) at the University of Johannesburg (UJ) will march to Pretoria on Monday in a call for the fall of ...
News
4 years ago
Next Article