'I've had a great pregnancy' - Busiswa 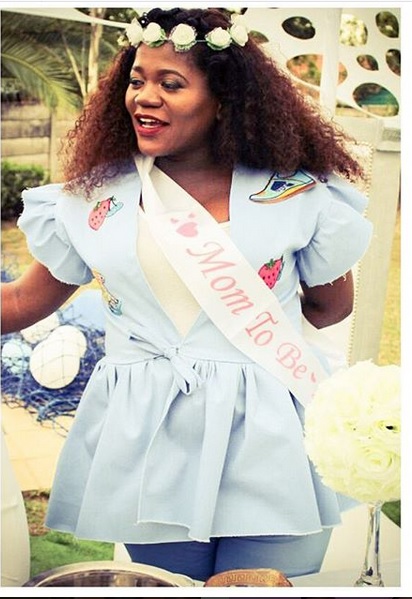 Known for being notoriously private‚ musician Busiswa has recently revealed that she has a bun in the oven and she has shared how her pregnancy journey has been.

The musician‚ who is due in a few weeks‚ shared on Metro FM that she's had a great pregnancy. She said she will have her last show this coming weekend‚ after which she intends on relaxing while she waits for her bundle of joy to arrive.

"I'm going to be going on a maternity leave this December. I need to rest and relax. But I have enjoyed the journey so far and I hope when the baby arrives that will be enjoyable as well. I've had a great pregnancy."

Busiswa caught her fans off-guard when she announced on her birthday that she has a baby on the way. She also spoke about her debut album‚ which she said was a way to keep her relevant while she takes time out for motherhood.

The energetic performer announced the news of her pregnancy on social media with an Instagram post of herself holding her growing baby bump.

"One of the most magical things about expecting for me is realising how loved I am. And that I have a village of warrior women waiting with me in anticipation. And they are all there to show that love to the new member. I'm reeling from this love‚ I'm floating on it and I'm thankful for it."

Actress Samkelo Ndlovu has announced that she is pregnant with her first child.
Pic of The Day
4 years ago

Skeem Saam actress Amanda Manku has taken to social media to reveal the wonderful news that she is pregnant with her first child.Renowned for plating ...
Entertainment
4 years ago

Picture of the day: Pregnant Takkies shares how she manages to keep going to gym

Popular choreographer Nkateko ''Takkies' Maswanganye who recently got married and is pregnant has shared her secret on how she manages to keep going ...
Pic of The Day
4 years ago
Next Article