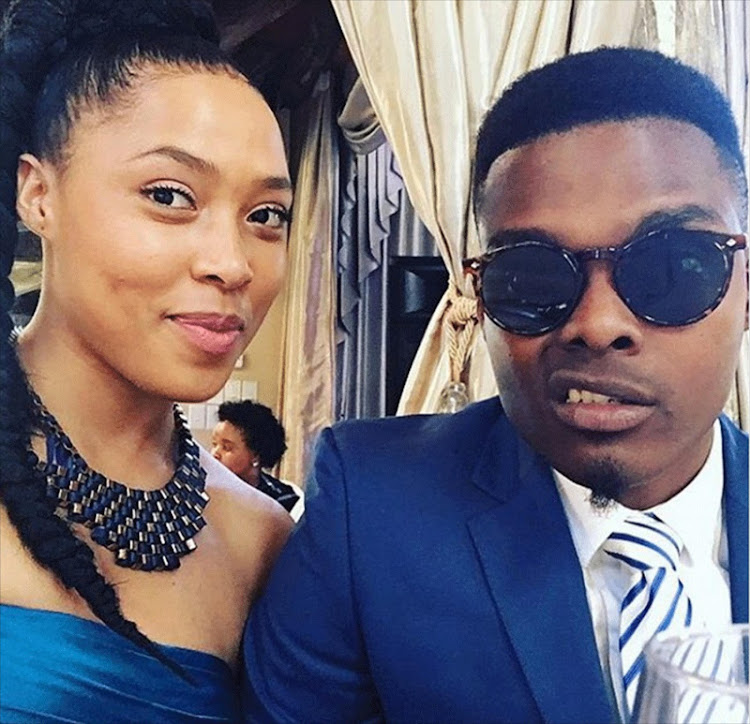 Even though dealing with the loss of a loved one is a heartbreaking journey‚ actress Simphiwe Ngema is determined to try her best to pick up the pieces of her life.

Ngema misses her late husband and actor‚ Dumi Masilela every day‚ some days more than others‚ but has trying to be strong in her grief.

Taking to social media Ngema said that it was time for her to start walking.

"Starting over‚ rising again‚ picking up the pieces is what I'm good at. Time to get up‚ dust myself up and start walking‚" she said.

Ngema added that it was time to be the woman her parents raised.

"Daddy raised a king‚ mummy raised a queen‚ Time to straighten your crown and reign Quing Simz‚" she added.

A few days ago Ngema said that even though she wanted to curl up and die‚ she couldn't so decided to rise up and live.

"When life hits you hard‚ you simply want to curl up and die but guess what...? You don't die‚ might as well rise up and live‚" she said.

Masilela was shot and killed during a botched hijacking in Tembisa in August.

It's been three months since actress‚ Simphiwe Ngema's husband‚ Dumi Masilela was killed in an attempted hijacking and the widow is still trying to ...
Entertainment
4 years ago

When life hits you hard, you simply want to curl up and die but guess what...? You don't die, might as well rise up and live... 📸@mini__photography