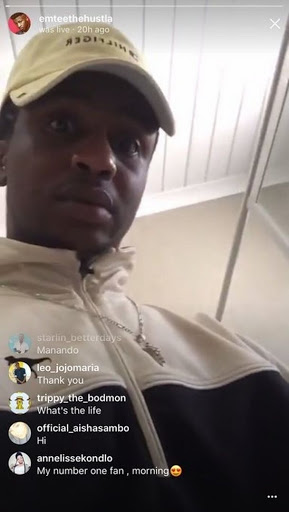 Social media was sent into a complete meltdown on Monday morning‚ after screenshots of what is believed to be Emtee’s manhood went viral.

The rapper was apparently caught with his pants down when he shared an Instagram live video‚ to his 737‚000 strong followers on Instagram.

Fans have since taken screenshots from the video and have shared it on Twitter.

It is unclear if the video was taken mistakenly or it was deliberate on Emtee’s part.

However‚ in true Mzansi style‚ Twitter has been flooded with memes and comments about the‚ erm‚ embarrassing situation. Emtee has quickly become one of the most talked about topics on Twitter as thousands of people poke fun at the debacle.

Attempts to reach Emtee for comment were unsuccessful by the time of publishing this article.